Bantwal: BJP has done what Congress failed to do in 70 years - Shobha Karandlaje

Bantwal, Jan 21: "The BJP has performed in a few years the work that Congress failed to do in 70 years. The BJP which has come to power with difficulty in the state will come to power with majority votes in the next elections," said union minister of agriculture Shobha Karandlaje. She was speaking in the concluding hall programme of the 8th day’s rally by Bantwal MLA Rajesh Naik.

She further said, "The Congress had not submitted any report in favour of Ayodhya to the court. But the case in the court was disposed of and Ram Mandir is being built without losing even a drop of blood. The prime minister has strengthened Kashmir along with India. Bangladesh border is marked and the illegal residents from there have been sent back. India had ammunition that could last only for ten days, but the union government has strengthened the soldiers in the country. The concept of Congress had provided impetus to the terrorists. 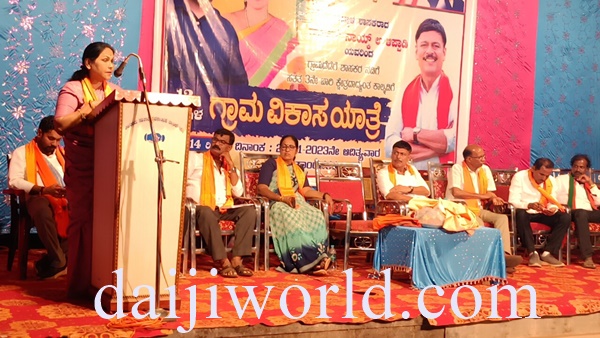 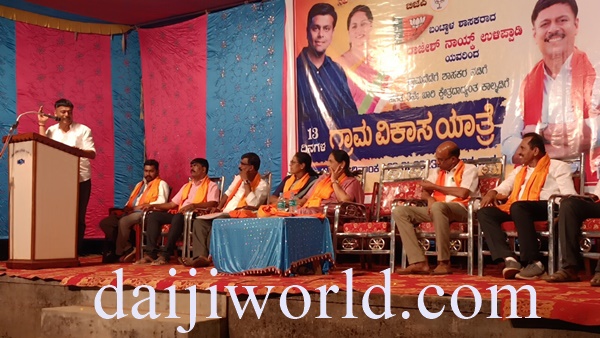 "There are three months left for the battle called elections. Activists should indulge in it from today itself.

"The BJP has not planned on the strength of politics. It has brought about Ayushman, Kisan Samman, Bhagyalaxmi and other projects and has provided equal justice to all. But Siddaramaiah had brought about only religion based schemes such as Shadhi Bhagya. The BJP’s concept has the determination of the country’s growth. The Congress does not have it," she said.

Beltangady MLA Harish Poonja said that the Bantwal MLA has created history by bringing more than Rs 2,000 package for the constituency. "He worked for the improvement of education, health, drinking water, agriculture etc. He should be able to win with a margin of 50,000 votes in the next elections," he said.

MLA Rajesh Naik thanked the people in the block for their love and trust. "The elders and young people who join the rally have increased my enthusiasm," he said.

Title: Bantwal: BJP has done what Congress failed to do in 70 years - Shobha Karandlaje