Bengaluru, Jan 23: In a vicious attack against the opposition Congress party, Health and Family Welfare Minister Dr K Sudhakar on Monday, January 23 alleged that corruption took birth under the Congress rule and there was corruption in every programme or project implemented during the last 60 years.

Addressing a news conference as part of BJP’s Sankalpa Yatra, minister said the term corruption owes its origin to Congress.

Dr Sudhakar, who himself is a product of Congress and became a minister after defecting to BJP, said Congress party has been hurling corruption charges at BJP, which was providing the best administration.

Under the Congress regime from 2013-18, the government did nothing but corruption during its five-year rule, he said and charged the then chief minister Siddaramaiah for closing the Lokayukta by creating the Anti-corruption Bureau and faced stringent attack from the high court. 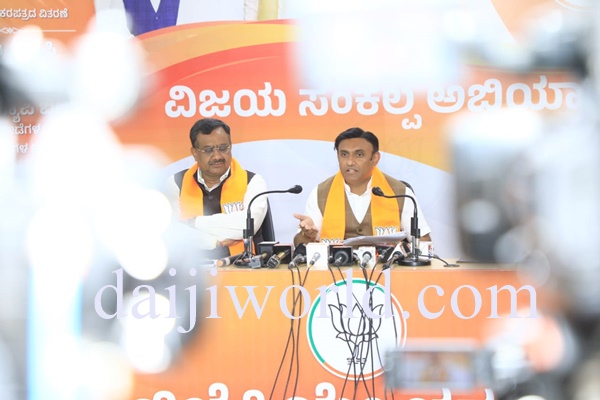 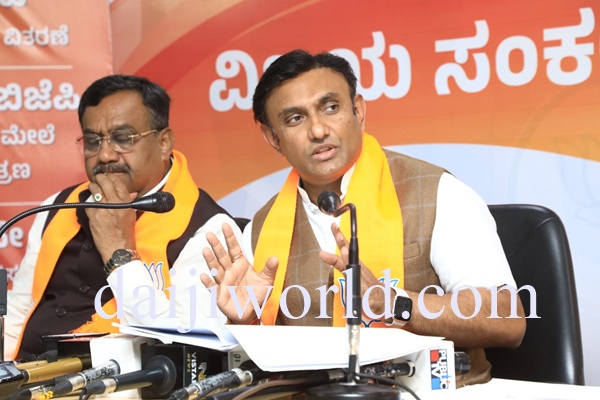 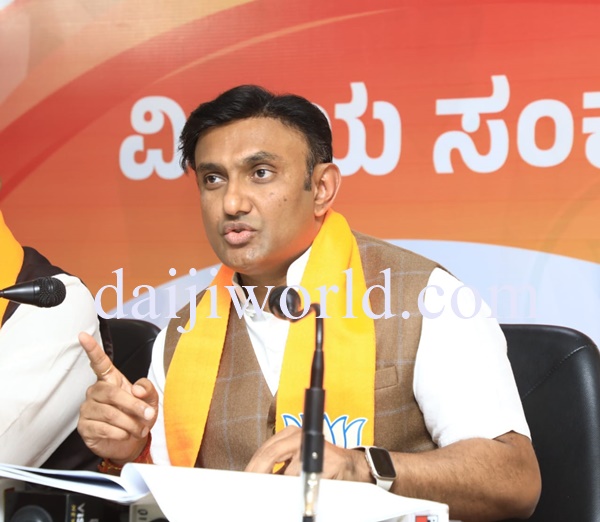 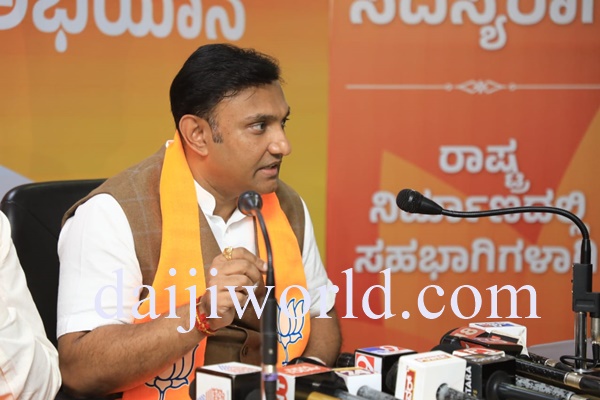 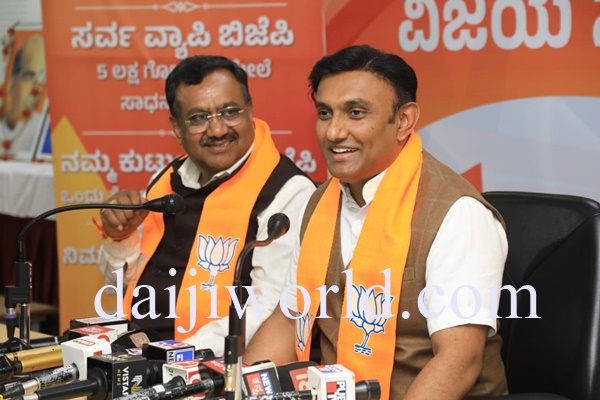 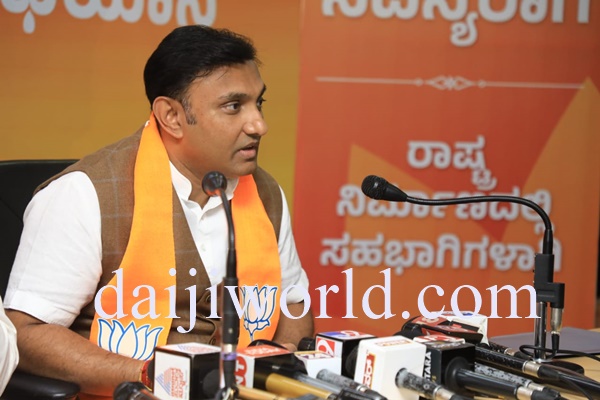 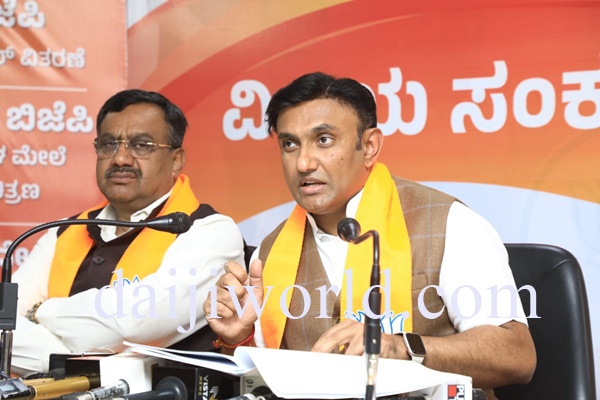 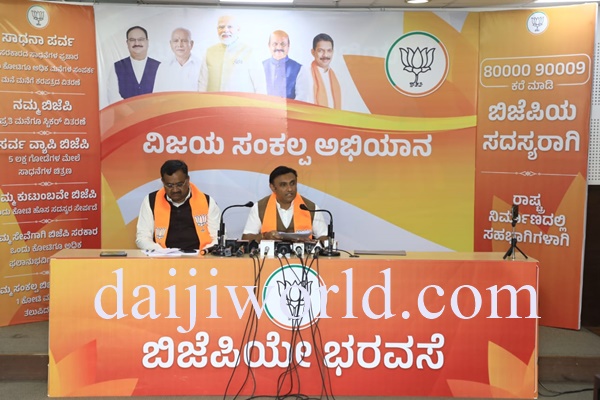 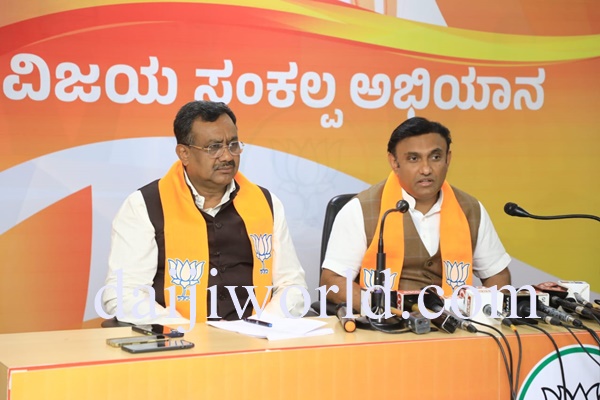 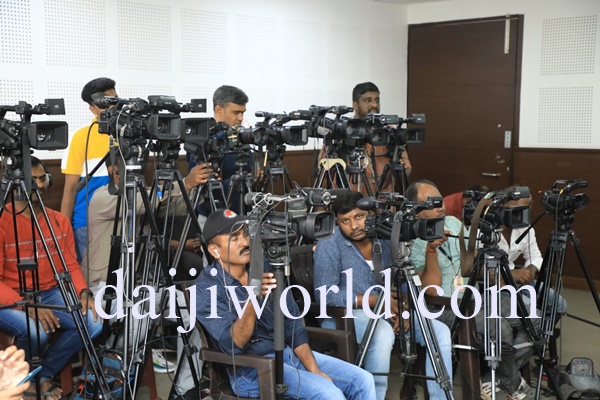 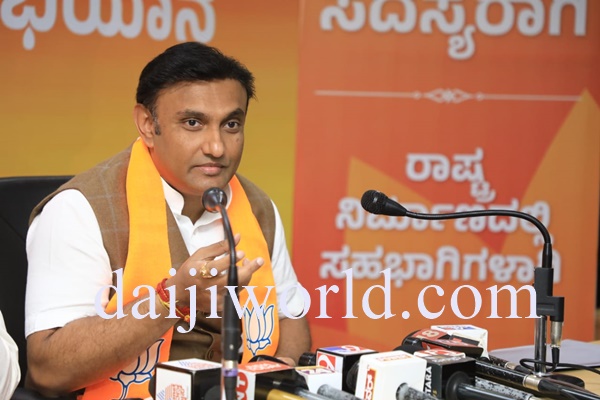 Dr Sudhakar claimed that 50 to 60 corruption complaints against Siddaramaiah were the reason for creating ACB and closing down the Lokyaukta. “If we wanted to continue corruption, our government would have obtained a stay against the high court order and not reinstated Lokayukta,’’ he said.

The minister said the CAG report had pinpointed Rs 35,000 crore corrupt deals during 2013-18 and alleged that the 10,000 people of Bengaluru have suffered injustice. Over 900 acres of land had been denotified under the guise of redoing, he said.

Dr Sudhakar also attacked the then Bengaluru Urban Development minister K J George for corruption by enhancing the white topping estimate from Rs 292 crore to Rs 374 crore. The estimate for 9.47 kms of tendersure road works by a company for Rs 75 crore was jacked up to Rs 115 crore, he alleged.

Dr Sudhakar said the Congress government looted public funds in the name of Indira Canteen and also accused it of defrauding 2,900 acres of land of minorities.

The minister said the BJP government has done pro-people welfare programmes and has worked for the development. “BJP will definitely bag 125 to 150 seats in the assembly polls,” he predicted.