Udupi, Jan 24: In the year 1972, Dr T M A Pai was thinking to introduce some cultural activities in Manipal and also a place to worship, which will be suitable to all religions. This was the need of the hour, because, in those days, to go to Udupi, the nearest city, it was difficult to cross the Kundal forest in the evening due to presence of wild animals.

At the same time Venugopal Rao, in Mangaluru wanted to handover the idol of Sri Venugopalakrishna, which he was worshiping in his house to the senior Swamaji of Pejawar Math, Sri Sri Vishweshatirtha Swamaji. When Dr Pai discussed his idea with Swamaji, he recommended him to build a temple for Sri Venugopalakrishna. 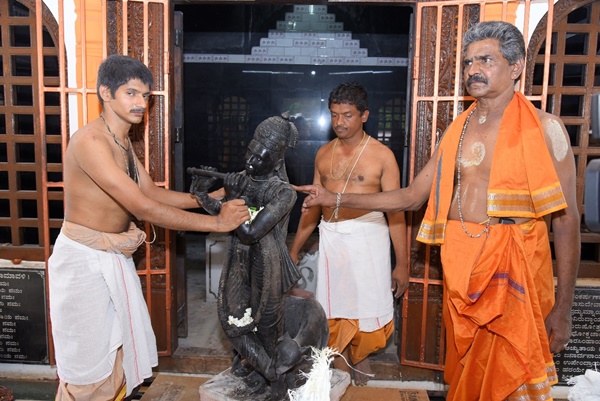 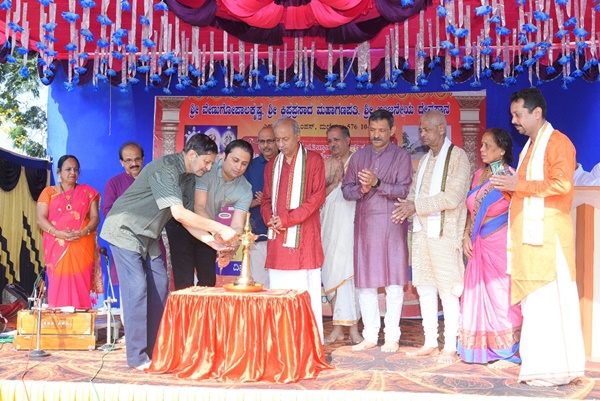 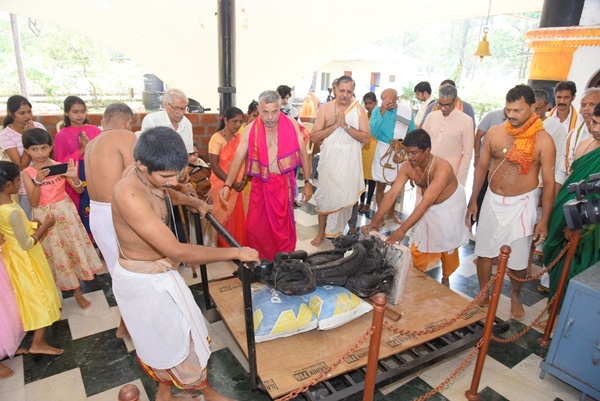 The people in Manipal were filled with joy, when they got the news of Sri Venugopalakrishna Temple being constructed in Manipal. The next step was to select a suitable place. Dr Pai selected a place inside the MIT campus, where there used to be some water in a small pond. He felt this is the most holy place for installing the idol and accordingly, the temple was constructed.

Since the temple was in the educational campus, Dr Pai felt it should be a place of worship for all the students in the campus promoting the culture of unity in diversity. Hence the temple had an arch, representing a church, a dome, representing a mosque and Sri Venugopalakrishna inside the temple. The place which had a pond then became the beautiful Brindavan Garden. The idol of Sri Venugopalakrishna was installed by Sri Vishweshatirtha Swamiji of Pejawara Math and the temple was inaugurated by Puttaparthi Shirdi Sai Baba, in 1973.

This year being the golden jubilee year of the temple, it has been decided to celebrate Brahmakalashotsava of the temple on February 24. The temple now has its own open well donated by Srikanth Bhat. As a part of the religious rituals, Koopa Shanthi Homa was performed on January 21. On January 22, under the guidance of purohith, Srikanth Upadhya, the shifting of the idol to Balalaya (Bimba Sankocha) was performed, amidst chanting of Sri Vishnu Sahasranama.