Mangaluru, Jan 25: AICC general secretary and Karnataka in-charge Randeep Singh Surjewala said that as the BJP-led government has betrayed the people of Malnad and the coastal region by giving false assurances on various development projects.

Addressing news persons here at the Congress Bhavan on Wednesday January 25, Surjewala said that the Congress party after holding discussing with its leaders has decided to hold Karavali Malnad Dwani Yatra focusing on the development of coastal and Malnad region while also building a peaceful, progressive and prosperous region. 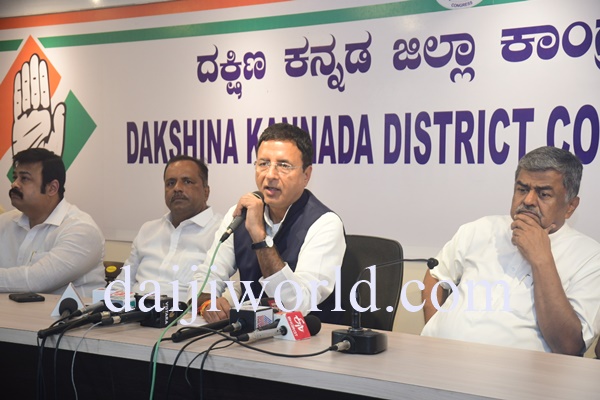 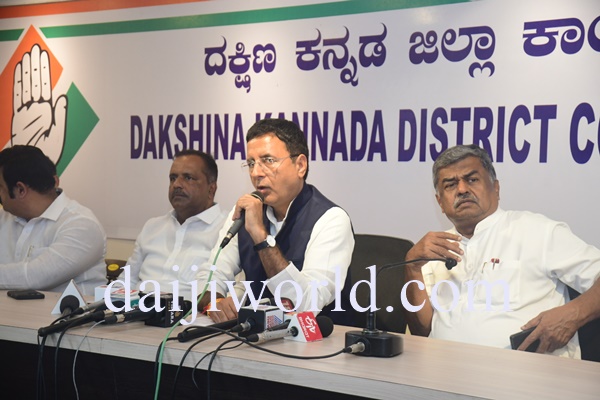 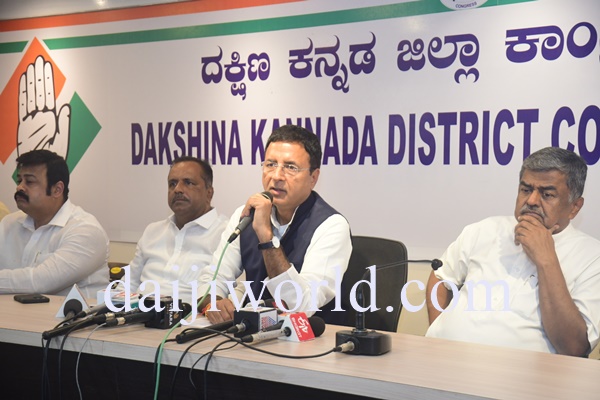 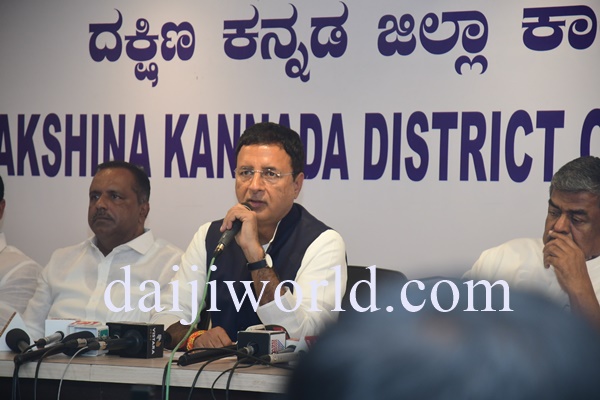 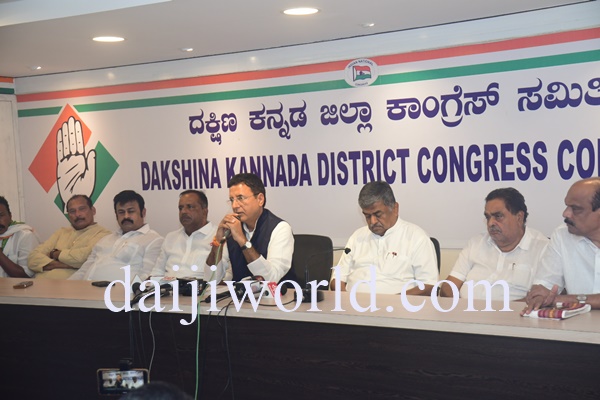 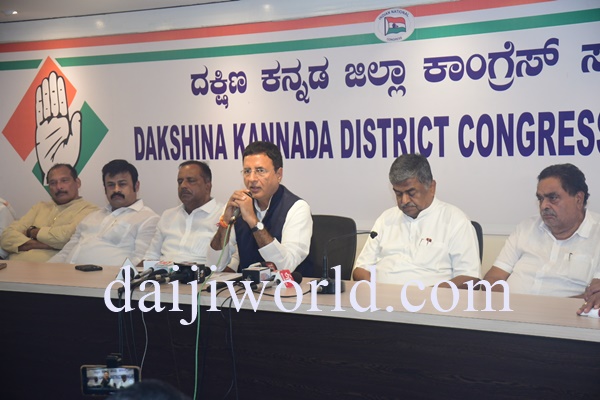 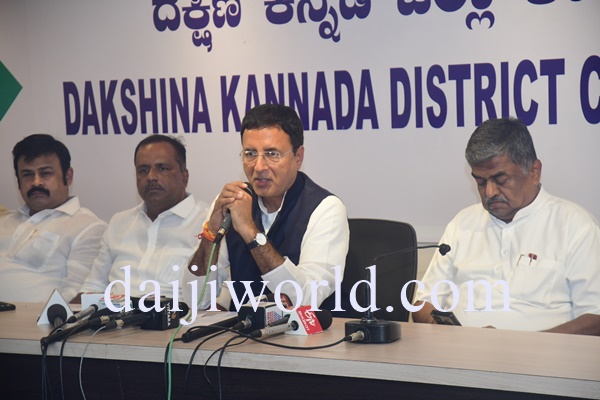 He said, “The yatra, which will begin from Sullia on February 5, will be held in two phases. The second phase of the yatra will commence on February 16 and will continue till March 10. The Congress party is holding this yatra to bring prosperity to both the regions against the communal polarisation stoked by the BJP which is misusing people's sentiments.”

Surjewala said that the ruling BJP government in the state has failed to fulfil the assurances given to the people. “To gain votes, the death of Paresh Mesta was politicised. After CBI gave its report stating that there was zero conspiracy in the death, chief minister Bommai and state BJP president Nalin Kumar Kateel and BJP national president J P Nadda have remained mute spectators,” he said.

In these regions, BJP had succeeded in winning votes through communal hatred and polarisation in the name of caste, religion, and other things, he added.

Mangaluru city can be made an IT hub similar to Bengaluru. The city has good potential but the BJP government has failed to tap the city’s potential. The BJP has also suppressed backward micro-communities, Surjewala said.

The Congress has announced a few charters for the development of the region and to restore the past glory of the coastal and Malnad region. This yatra will cover 26 assembly constituencies of the state in 30 days, he added.

Leader of the opposition in the legislative council B K Hariprasad also spoke to the mediapersons.