Mangaluru: Seminar on ‘Challenges and Opportunities of Catholic Education in India’ held

Mangaluru, Sep 20: A seminar on ‘Challenges and Opportunities of Catholic Education in India” A Critical Response, was organized by Sylvester Tressy Frank Foundation at St Aloysius College here, on Tuesday, September 19.

The resource person Fr Sunny Jacob began by saying that the best students were not taking up teaching profession as their career and added that there is a severe scarcity of committed and qualified educators/teachers as the best students prefer to take up engineering, MBA, MBBS or such lucrative professional courses and added that most of the teachers who land up in teaching profession in schools/colleges were not really interested in educating students. “Learning is not the aim, but earning is the goal for many,” he said and added that it can be remedied only when one takes initiatives to teach staff about legacy, values and vision of Catholic education. 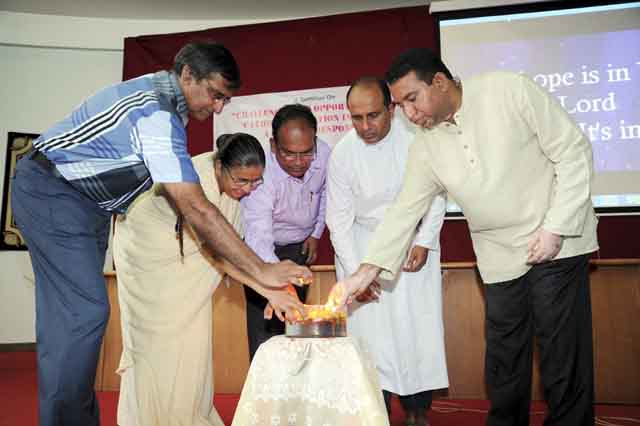 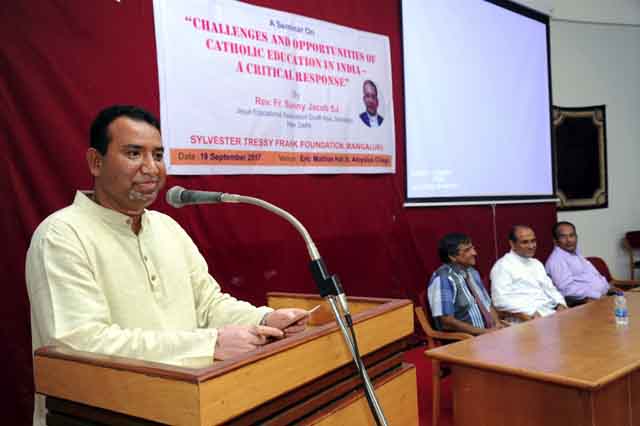 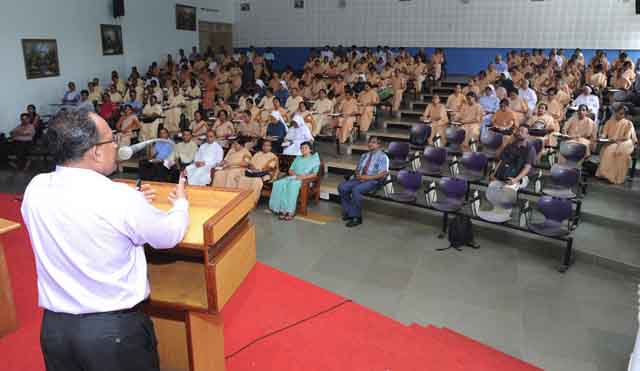 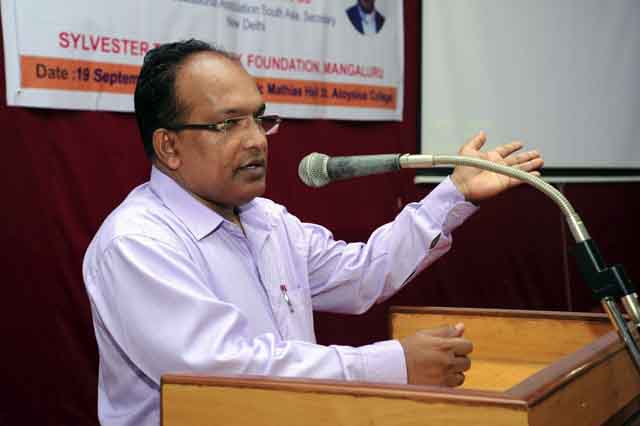 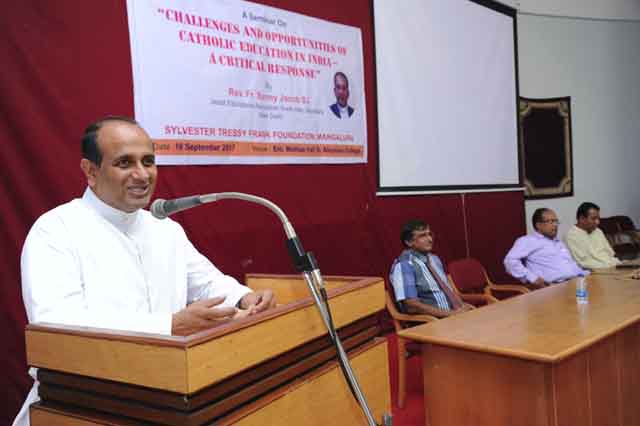 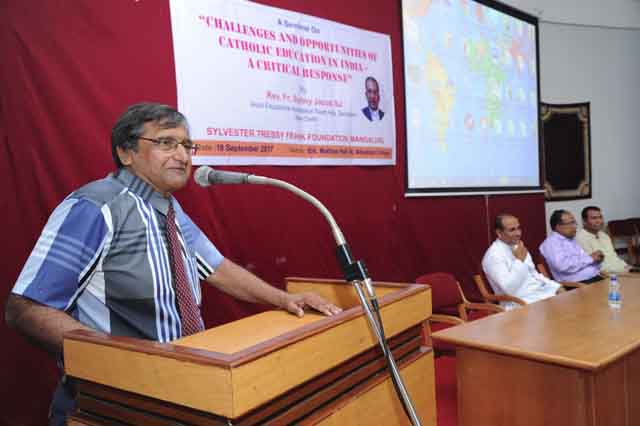 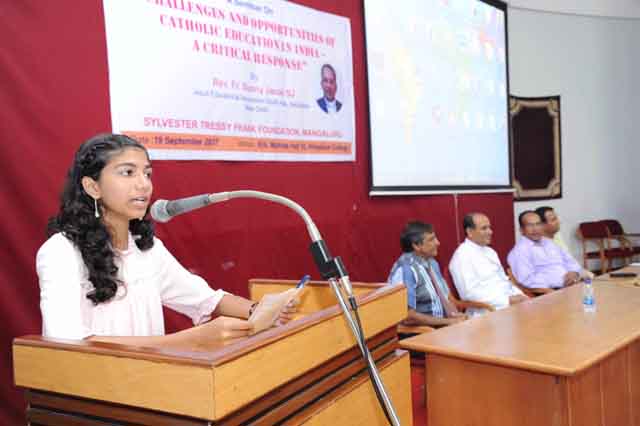 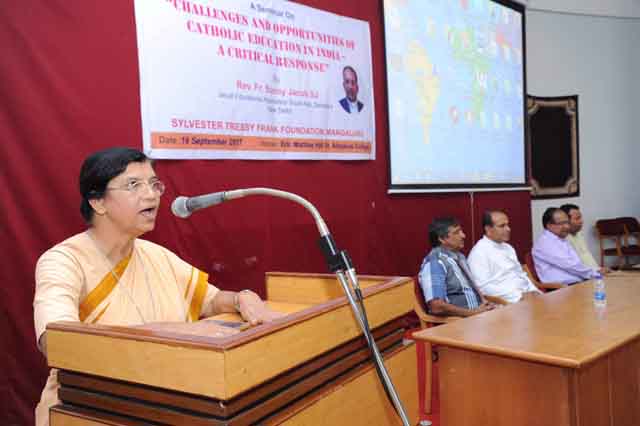 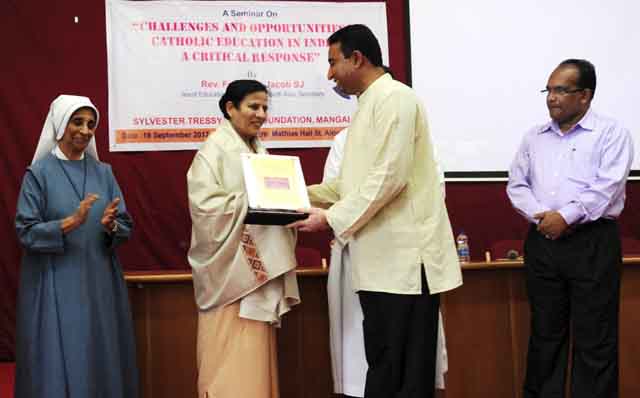 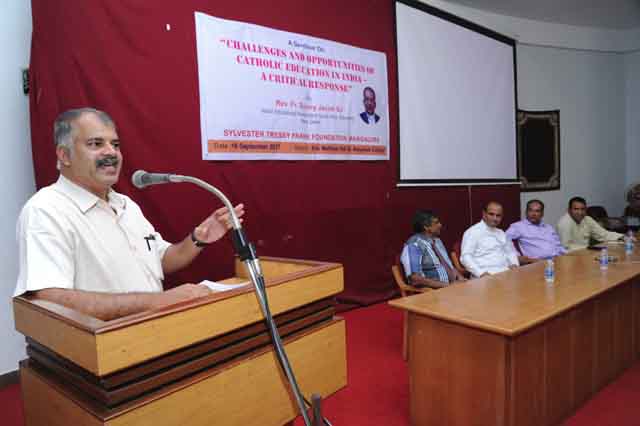 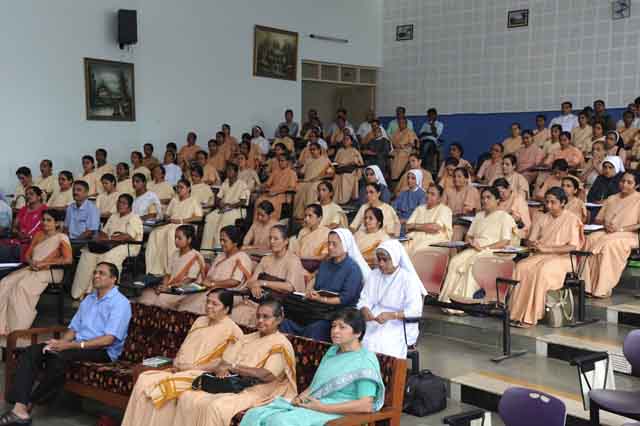 Further, expressing concern over the growing communalism, he said that the ruling elite, overtly and covertly, promote a toxic mix of a neo-liberal corporate agenda and narrow majoritarian nationalistic agenda that undermines India’s secular democratic traditions and constitutional values. Textbooks are changed to propagate an ideology and spread hatred. He regretted that the rule of law has been compromised with. “Freedom of expression is under threat as voices of dissent are silenced by the threat of cases of sedition or other kinds of litigation,” he said and added that civil society is also being silenced by various restrictions.

Fr Sunny, who is also the National Adviser for Jesuit Alumni Association of South Asia, said that new laws and rules erode the rights of affirmative action, be it budgetary allocations for minority welfare or reservation for minorities on jobs and educational institutions, is opposed and viewed as ‘minority appeasement’, he said.

Sr Jasmine Correa, principal, St Philomina College in Hassan managed by the Sisters of Charity was facilitated on the occasion for being honoured by the Mysore University with the Best Principal of the Year Award on December 8, 2016 and the Best Administrator Award on August 28, 2017.

Title: Mangaluru: Seminar on ‘Challenges and Opportunities of Catholic Education in India’ held