Mumbai, Oct 12 (IANS): After languishing in the back burner for nearly eight years, the much-anticipated proposal for constructing a 'Marathi Bhasha Bhavan' in Mumbai was finally been approved and given the green signal by Chief Minister Uddhav Thackeray on Tuesday.

The Bhavan will come up in the premises of the existing Jawahar Bal Bhavan on Marine Drive and the construction work will start from December this year, with a completion target of 18 months.

Thackeray, along with Marathi Language Minister Subhash Desai and other top officials, viewed a presentation made by four leading architects for the building on the 2,500 sq mt plot, which would include an expo hall, conference rooms, library and other facilities intended to promote Marathi language. 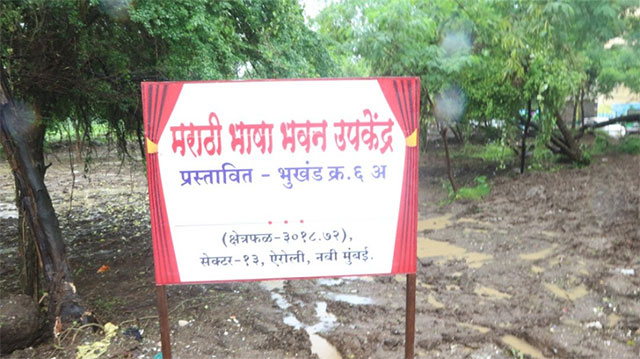 First mooted and approved in 2013 by the then Congress-Nationalist Congress Party government, the proposal remained in cold storage even as the alliance regime was voted out of office.

Later, after the BJP-led government took office in 2014 and in 2016, the then concerned minister Vinod Tawde had assured on the floor of the Assembly that the proposed Bhavan would be completed within a couple of years, but no progress was made.

Incidentally, the previous Congress-NCP government wanted to build it in the defunct Rang Bhavan near Dhobi Talao, but again the proposal got stuck owing to silence zone restrictions and heritage clearances for that building.

Saddled with the same set of problems, the BJP government started searching for a suitable plot in south Mumbai and even in the suburbs, but before it could finalise things, it was out of power and the Maha Vikas Aghadi government took over in November 2019.

Finally, a plot for the project, considered dear to the ruling partners of Shiv Sena-NCP-Congress, was identified in July this year, while the clearance for the construction work cam on Tuesday.

As per official estimates, the project, slated to cost over Rs 80 crore, will be ready well before the 2024 Assembly elections, giving the three allies a prestigious showpiece to exploit in the polls.