Rajesh Rathore, state Congress spokesperson, said, "Lalu Prasad's statement against Congress state in-charge Bhakta Charan Das is an insult to entire Dalit community. I believe that if he has deliberately humiliated Bhakta Charan Das then he must apologize for it. If it would not be the case and he has made such a statement due to his illness, then he has lost his senses. The RJD Chief has become senseless." 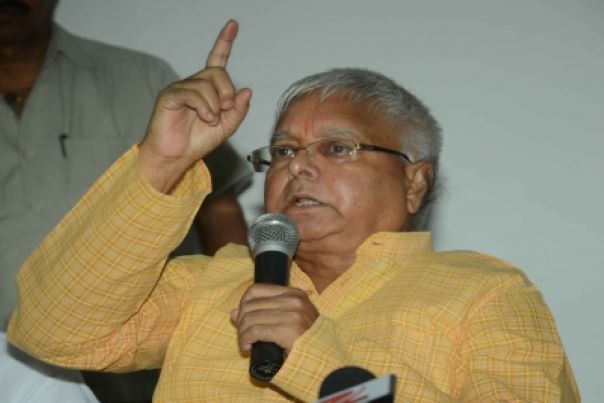 Lalu Prasad claims to be from Backward Classes and the marginalised community and still he is using abusive words against Dalit leaders like Bhakta Charan Das, this is condemnable. The Dalit community will not forgive him for such an abusive statement and not give a single vote to his party in the upcoming by-election.

"The way Lalu Prasad pronounced the name of Bhakta Charan Das is extremely unfortunate. If Congress party crosses the line of dignity and modesty, RJD leaders will get the answer," said Prem Chand Mishra, a Congress legislator from Bihar.

Lalu Prasad arrived in Bihar for the campaign of by-elections for two seats on Sunday evening. While interacting with media in New Delhi, Lalu Prasad pronounced the name of Bhakta Charan Das as 'Bhakchonar Das' leading to a massive controversy in Bihar.

The RJD Chief wants to send out a strong and clear message to the Congress that it has not performed well in 2020 Assembly elections despite being allotted 70 seats. The Congress, however, managed to win just 19 seats.

Title: Cong hits back at Lalu Prasad for jibe against state in-charge