Mangaluru, Nov 4: Sandalwood 'lover boy' Prem's 25th film, 'Premam Poojyam', is all set for the release on November 12. The romantic movie is directed by Dr Raghavendra. Brunda Acharya is playing the female lead against Prem.

The audience has already warmed up by its romantic songs and attractive trailer. For Prem, it is being billed as a landmark movie.

Along with director Dr Raghavendra, the entire movie produced by a team of doctors of hospital which also a highlight of this movie. 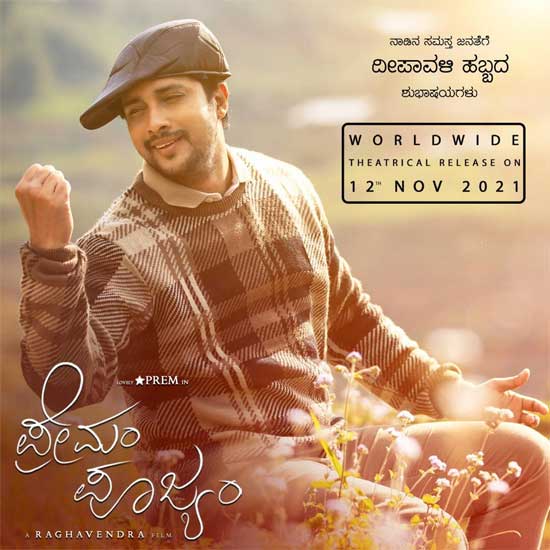 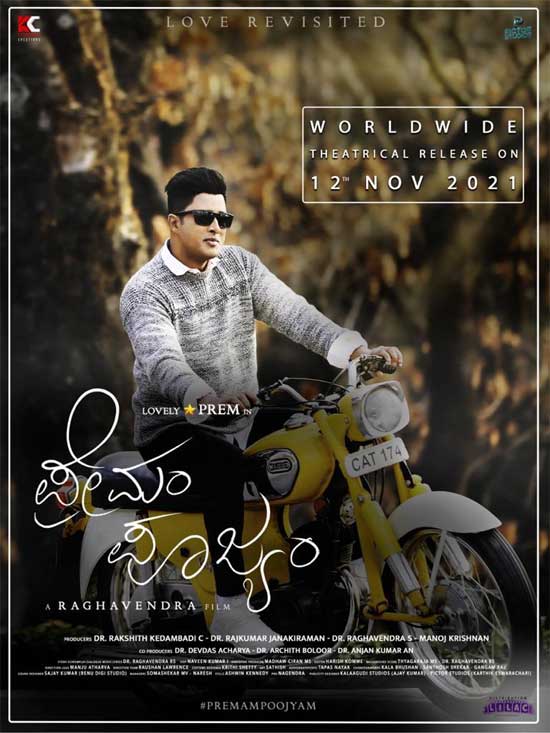 The film's two songs have been shot in Vietnam, where the crew camped in extreme weather conditions for 15 days. The film, according to its producers, promises to be ‘a grand visual experience with an engaging sober love story’. Aindrita Ray, Anand and Malavika Avinash are playing major roles in the movie.