Udupi, Nov 21: RSS leader Kalladka Prabhakar Bhat on Sunday November 21 reacted to the central government's decision to repeal the controversial farm laws and said that the laws will be reintroduced with minor changes.

The decision to repeal the laws was announced by Prime Minister Narendra Modi in a televised address to the nation. The farmers who have been protesting for the past many months have however decided to continue the stir till the official order is passed. 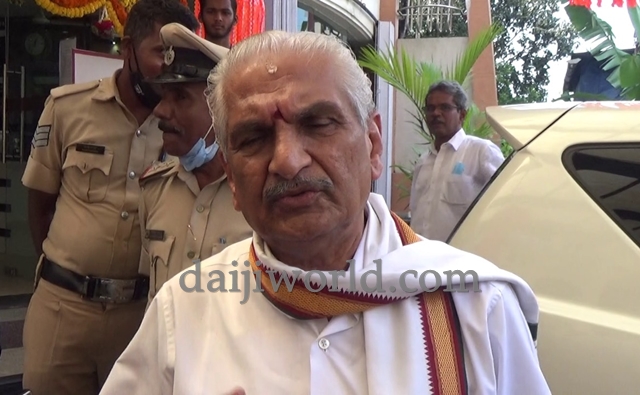 Addressing reporters here on Sunday, Kalladka Prabhakar Bhat said, "There was some confusion created with regard to the farm laws in relaying them to the public and convincing farmers.

"The government has withdrawn a good act. It will be definitely enforced again with some minor changes. The protesters were not ready to sit and hold discussions with the government.

"In our country, the opposition has become nothing but parties whose job is only opposing. The union government will again will discuss the laws with farmers. Is it democracy when you opposing something without even discussing with the government?" he questioned.

"Even in Karnataka the opposition is not ready to hold discussions with the government. People who are opposing the laws are doing it for political gain, but the laws were not withdrawn to serve any political motive. They were withdrawn out of national interest.

"Decision on laws cannot be made standing on streets. For a year, the union government made efforts to convince the farmers. If Modi takes one step backward, it means that he will take two step forward," Bhat said.