Bengaluru, Nov 23: Chief Minister Basavaraj Bommai, who visited the severely rain affected areas in the city, especially the inundated Jawaharlal Nehru Centre for Advanced Scientific Research and the upmarket Manyata Tech Park on Tuesday, said Prime Minister Narendra Modi had called him on phone early in the morning and sought details of rain havoc in different parts of the State, particularly Bengaluru.

The Prime Minister has obtained details of rain havoc and the damages and has also given suggestions for long term and short term improvements to tackle the situation, the Chief Minister told reporters during his inspection of the city on Tuesday. 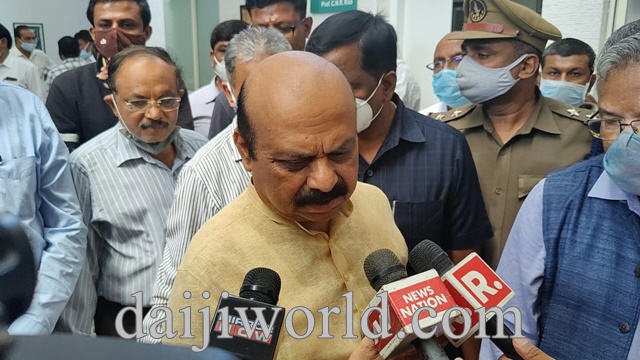 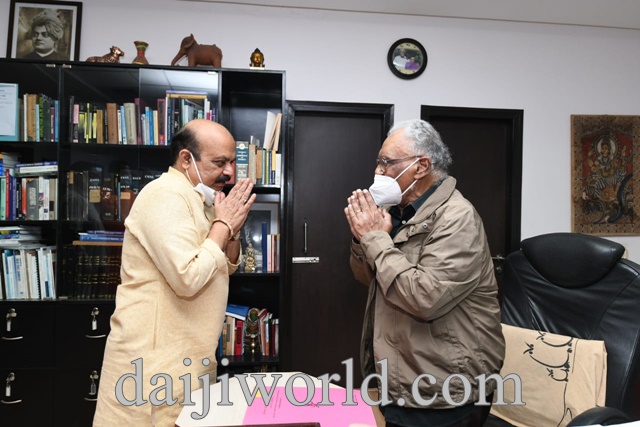 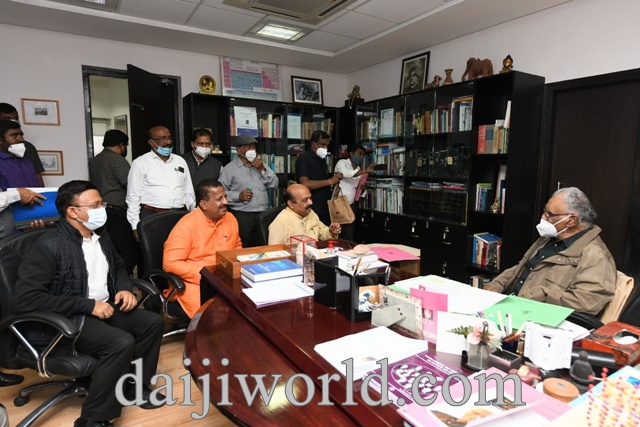 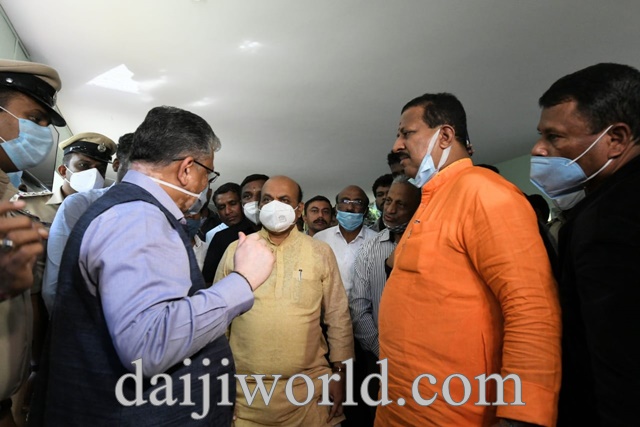 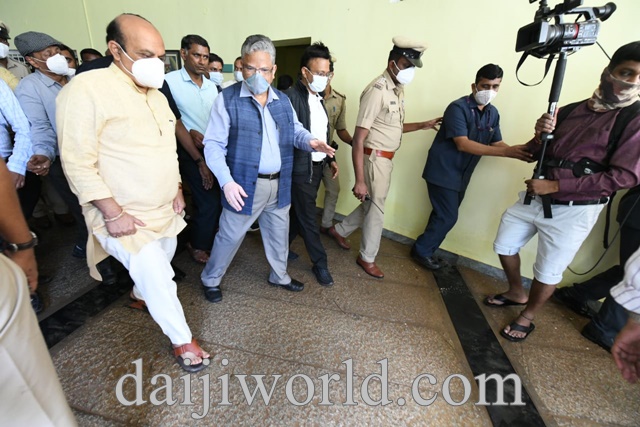 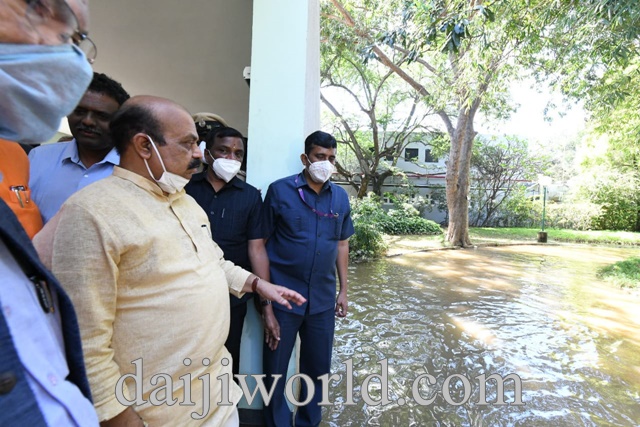 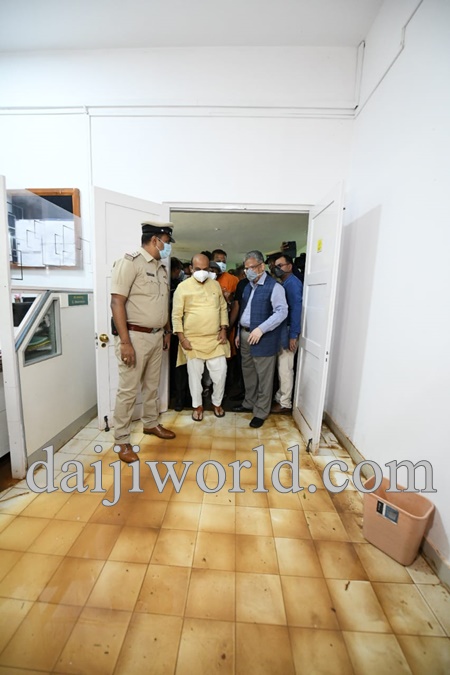 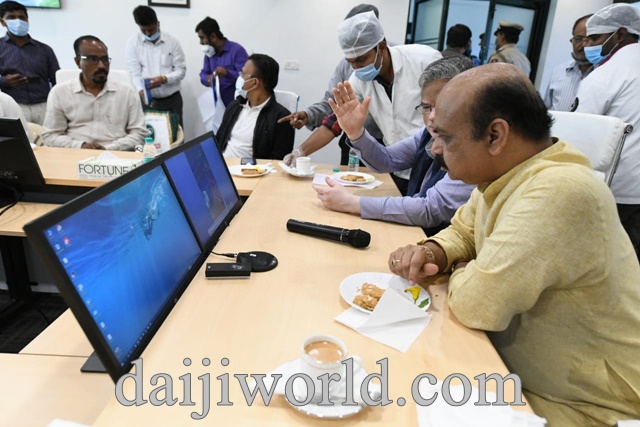 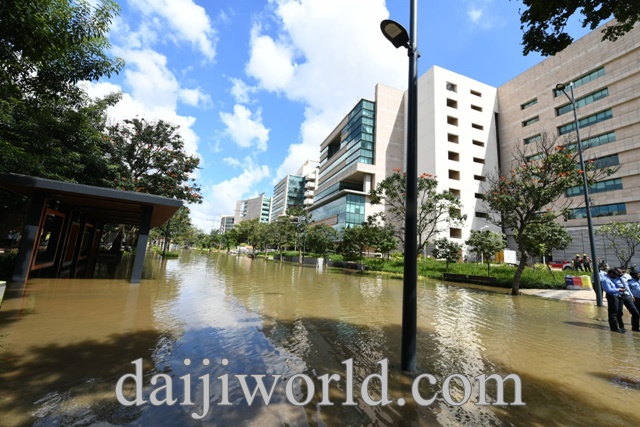 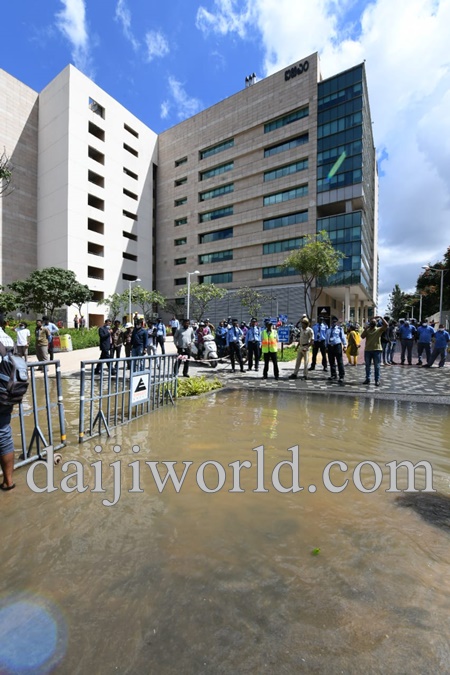 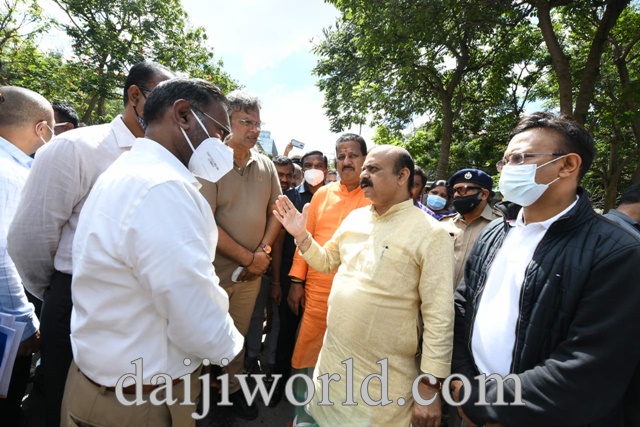 The Chief Minister said rain water had seeped inside the laboratories in Jawaharlal Nehru Centre for Advanced Scientific Research causing serious losses and damages to large number of samples.

“This is a prestigious institution and the research is essential for shaping the future. It is our duty to do everything possible to protect the Institution and ensure that the research laboratories as well as valuable libraries are safeguarded,’’ he said after discussing with Jawaharlal Nehru Centre for Advanced Scientific Research Director and Bharat Rathna Prof C N R Rao.

The State Government has sought the cooperation and support of the Institution, the Chief Minister said.

Bommai also stated that Home Minister Amit Shah has also called him up on the flood situation in Bengaluru and other parts of the state. "Both Prime Minister Modi and Amit Shah have assured all the help from the centre to tackle the situation," he said.

Bommai visited 'Kendriya Vihar' apartment in Yelahanka layout of Bengaluru, which houses more than 600 flats, and took stock of the situation. Bommai stated that he had already ordered to provide Rs 1 lakh compensation immediately to houses damaged and Rs 10,000 to those whose houses have been inundated.

Bommai said some parts of the city were severely affected due to heavy rains of record 130 mms in barely two hours in Yelahanka region with most of the lakes in and around the city overflowing and even sewerage water from the drainage system flooding the low lying areas.

He said the State Government will be taking steps to widen the Rajakaluves and construct new drainage system to prevent recurrence of the situation. A master plan for long term solution to ensure that rain water from storm water drains as well as drainage water flows smoothly.

The lakes in the low lying areas and drainages are being diverted, he said pointing out that the Rajakaluve near Yelahanka to Jakkur and Rachenahallilake and from Mahadeveapura water flowing to Pinakini river and Tamil Nadu was barely 8 to 10 ft wide, which results in flooding in low lying areas. Steps are being for diversion of storm water drains and sewerage lines in housing complexes, he said.

The Chief Minister said the Bruhat Bengaluru Mahanagara Palike (BBMP) has identified 714 illegal buildings constructed on Rajakaluves would be removed.

Later, he received the report from the Agricultural Prices Commission.