Mangaluru, Nov 23: Scores of students, professionals and other citizens of Ulaibettu gathered near Parari Dwara here on Tuesday November 23 to participate in the candlelight vigil held to condemn the incident of rape and murder of a minor girl which took place on November 21.

The gathering expressed shock over the incident and demanded the arrest of the culprits without any delay. They also urged the authorities to ensure the safety of minors who reside in the colonies of factories around Mangaluru. 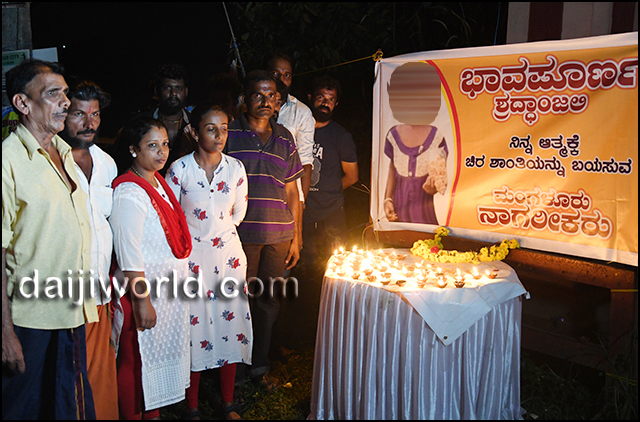 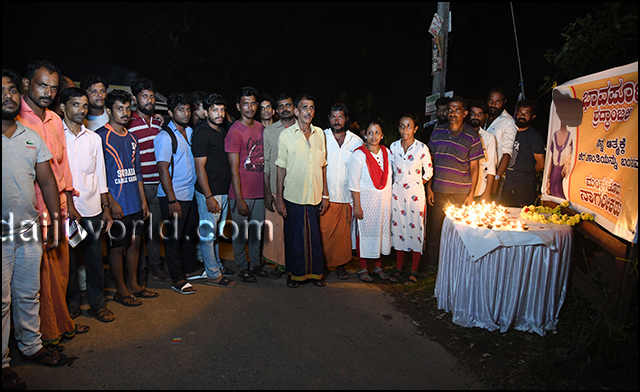 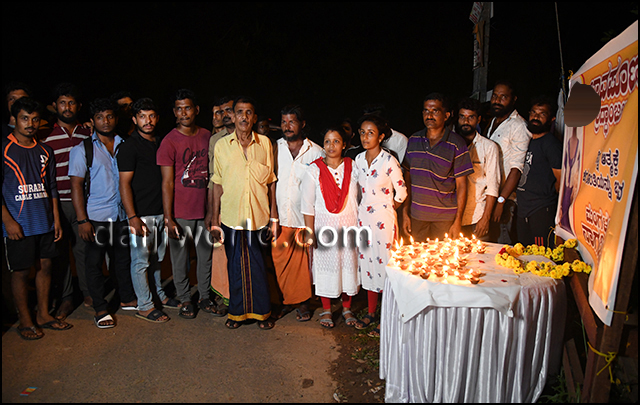 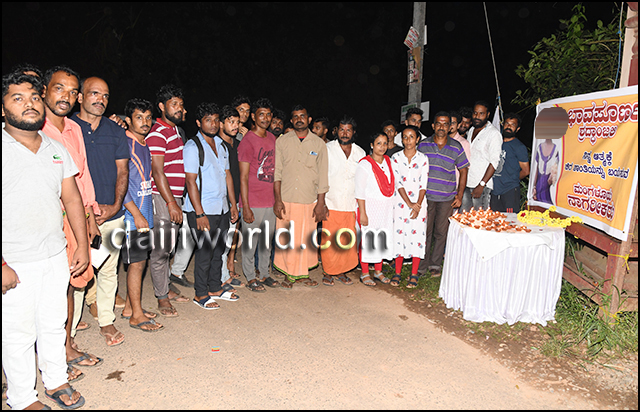 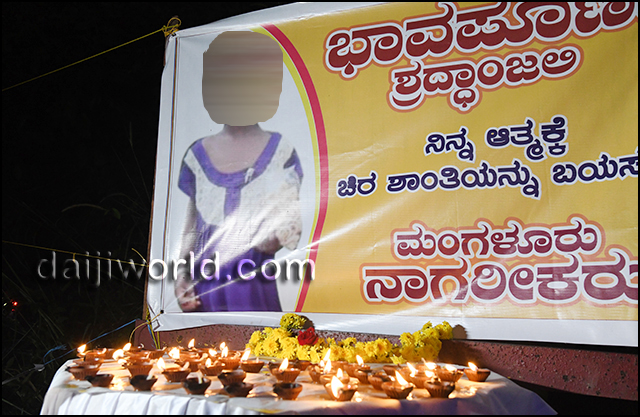 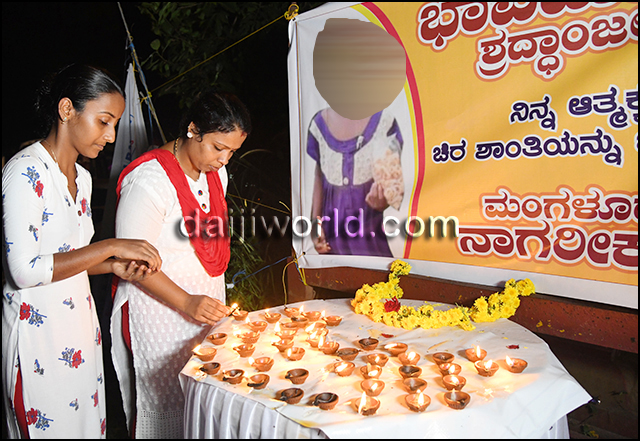 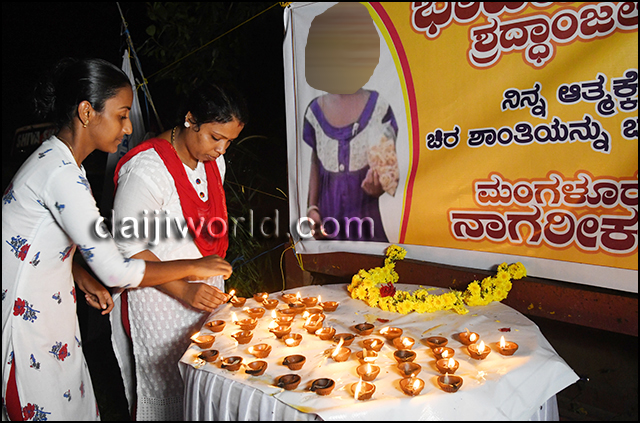 It may be recalled, a young girl's body was found dumped in a drain at Parari in Ulaibettu here on November 21.The deceased was the daughter of a factory worker. The girl had been missing since 4 pm on Sunday. After searching in the surrounding areas including the premises of the tile factory where her father works, the girl's body was then found dumped in a drain near the factory.

It is suspected that the girl might have been murdered by someone working at the factory. The police who swung into action have already detained 20 suspects and started the investigation.