Puttur, Nov 25: The police have cracked a case pertaining to the mysterious disappearance of a photographer after he went missing six days back to have a look at his landed property. The police have learnt that the photographer was hit on the head with his own relatives with a hammer and buried his body inside the forest. It is said that there was land dispute between the two sides.

Jagadish (58) who belongs to Mangaluru and currently resides at Subrahmanya Nagar Mysuru was eliminated in this fashion. The police have taken into custody Balakrishna alias Subbaiah Rai from Paduvannur Patladka, his wife Jayalaxmi, son Prashanth, and Jeevan Prasad, a neighbour. They have been accused of murdering Jagadish. 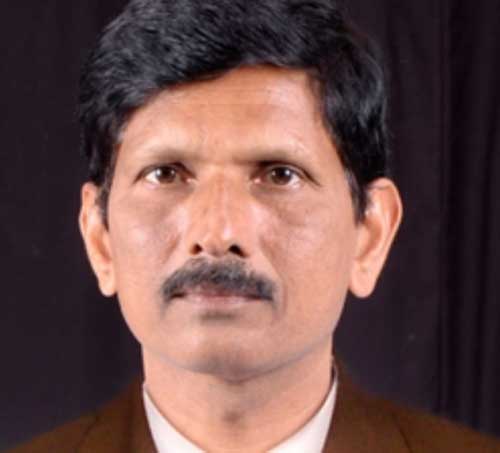 Jagadish used to live with wife and son in Mysuru and normally visited Puttur to have a look at his agricultural property in Puttur Kunjoor Panja in Aryapu village. On November 18 morning, he had arrived by a bus to his property. Later, he did not return home. His brother, Shashidhar, had filed a missing report in Sampya police station here.

Prima facie, the police have found that land dispute between Jagadish and Balakrishna alis Subbaiah Rai, both of who were related to each other, gave rise to this murder. Rai was an uncle of Jagadish by relationship. Jagadish had remitted Rs 65 lac to Rai to buy land and the same was acquired at Pulithady, Kunjoor Panja. This land was under the supervision of Subbaiah Rai and it is said that documents of this property were also in the name of Rai. This had given rise to a feeling of discontentment between the two. The enmity grew after the land at Pulithady was sold by Rai without informing Jagadish sometime back, it is said. On November 18, Jagadish reached Patladka in Omni vehicle after seeing the land at Kunjoorpanja, when the two were involved with an exchange of heated words culminating in murder. Jagadish usually brought his wife with him during these visits but this time he had come alone.

After Jagadish was hit in the head with a hammer, he died on the spot. The three accused together buried his body in Maguli protected forest nearby. The spot where the body was buried was just 300 meters away from their house. The body was exhumed and taken to Mangaluru for further tests and postmortem.

It is said that three more people from Sullia Halegate have also been taken into custody by the police relating to this case.