The term jana-pada, often used in south Indian languages, refers to folklore, a rich aspect of any culture. An international festival of this nature is one of the best means to safeguard, promote and also diffuse the intangible cultural heritage. The cultural expressions through music, dance and performance contributes significantly to the enhancement of Karnataka’s cultural identity and diversity and such a virtual folklore festival provides an appropriate platform. 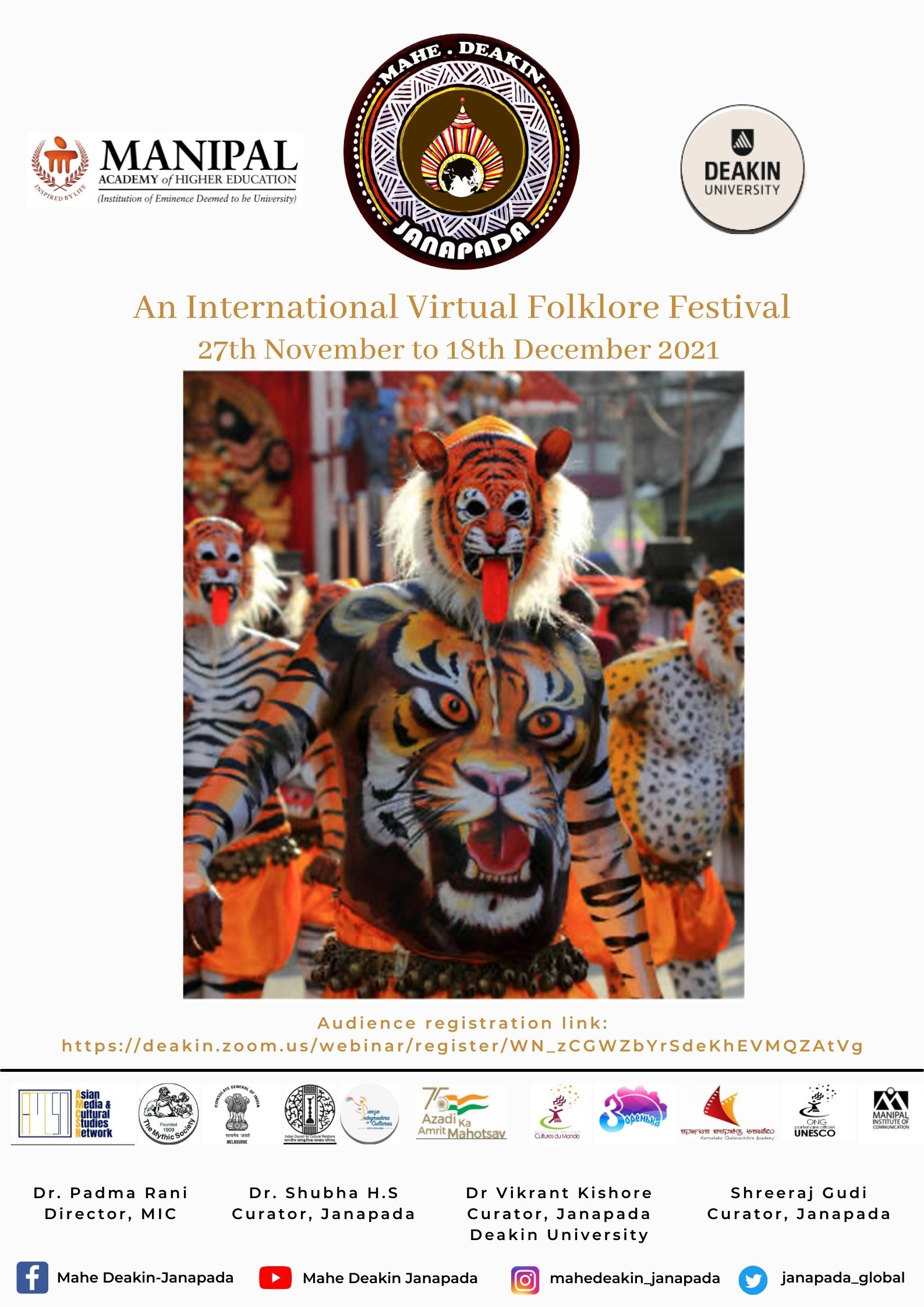 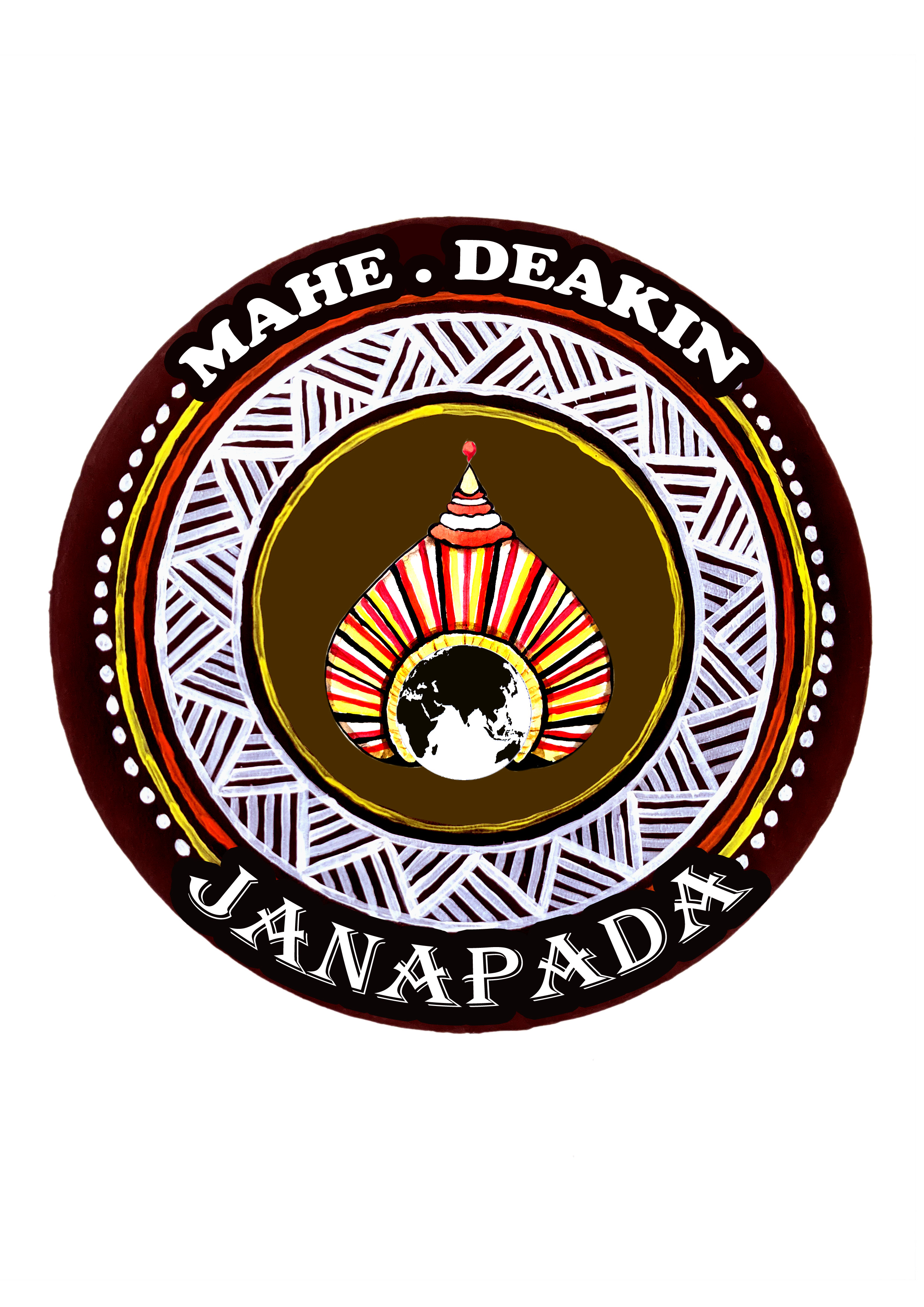 With over ten countries participating, the event represents opportunities of formal and informal contacts for exchange of ideas, for learning from other experiences and for international cooperation. Even though physical participation is not a possibility given the circumstances brought forth by the Covid-19 pandemic, this festival aims to bring to the audience a near live experience. The festival brings together folk performers and cultural heritage films in the digital space, showcasing a curated collective. It is being put together in an innovative and fresh manner in order to connect different parts of the word through this initiative.

Being organised on the occasion of ‘Azadikaamritmahotsav’, such a unique and evolutionary international cultural folklore festival will support exchange of the folk forms as it becomes a meeting place of cultures as the participants will give an insight into their folk traditions promoting a culture of peace, which is the primary objective of the partnering universities.
The MAHE Deakin ‘Jana-Pada’ consists of two segments. The first one, being the Virtual folk festival that shall be spread over four weekends on Saturdays, beginning from the November 27, 2021 for two hours each day. In this, there will be one folk form of Karnataka and others from different parts of the world. This brief show will be followed by a discussion (which will include one member from the performing group, along with other academics/filmmakers). The panel discussion will focus on the cultural aspect of the dance forms, tradition, challenges, and its future. The discussion topics will include themes relating to Nature-Culture, Rites, Rituals, Folk tales and Oral Histories and Cultural Heritage in teaching and learning.

As an academic output to the event, an issue of Global Media Journal Indian Edition will be dedicated to folklore research. Also e-book with graphic representation of the performances and event write up will be published.

The second segment will be the Intangible Cultural heritage Film festival in January 2022. Film makers have been invited to submit films (factual, documentary or experimental) that explore any aspect of the Intangible Cultural Heritage which can include folklore, nature-culture, rites, rituals, tales, oral histories and others. It is being proposed to be conducted via in person screening of the award winning films at Manipal and Bengaluru at a convenient date which shall be announced in the near future. 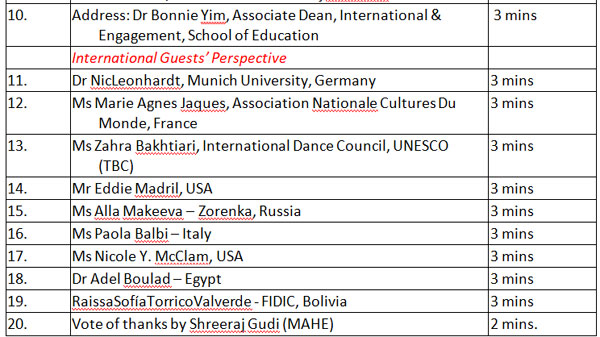 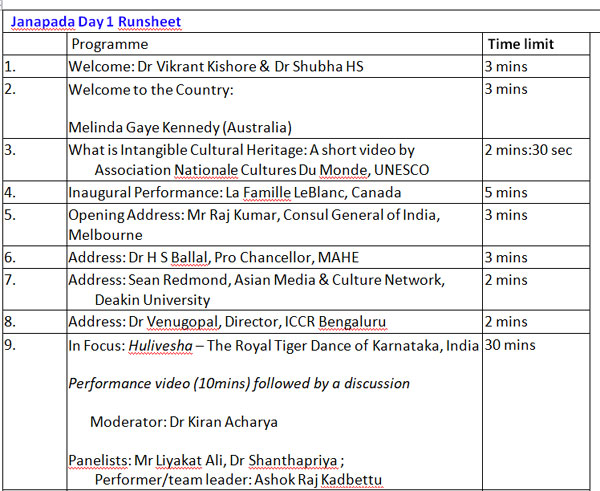