Mangaluru, Nov 26: Hindu Jagarana Vedike (HJV) has urged Dakshina Kannada district deputy commissioner Dr Rajendra K V, to respect the sentiments of the Hindu community and withdraw the complaint lodged against Jagadish Karanth, who is involved with the sacred duty of serving the interests of Hindutwa. 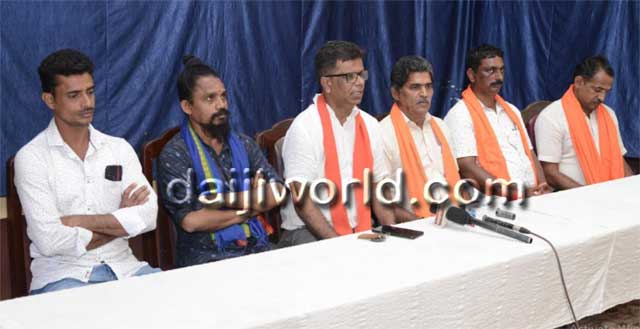 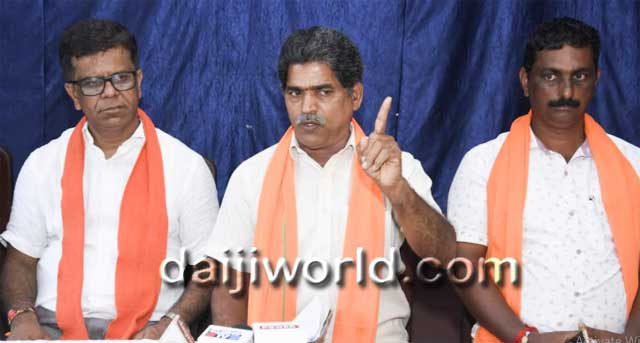 Mining activities conducted around Karinjeshwara temple have been interfering with the sanctity of the temple. Hindu Jagarana Vedike has been fighting against such things since long. As various complaints and petitions filed with various government departments failed to evoke any action aimed at providing justice, the Vedike had organized rally and people's awareness meeting, he clarified.

He accused the police officials from Bantwal of planning to bring down the Bhagava flag hoisted in the said temple. He asserted that a protest will be carried out against this effort too.