Why recruitment not taking place when govt has vacancies: Varun Gandhi

New Delhi, Dec 5 (IANS): Criticising police action against protesting candidates of UP teachers' test in Lucknow, BJP MP Varun Gandhi on Sunday asked why recruitments are not taking place when there are vacancies in the government.

Sharing a video of police action against candidates holding a candlelight march over alleged irregularities in the 2019 UP Teachers' Entrance Test (UPTET) 2021, he lamented that no one is ready to listen to their demand.

On Saturday, UPTET candidates were holding a candle march demanding recruitment of teachers on vacant posts in Uttar Pradesh. 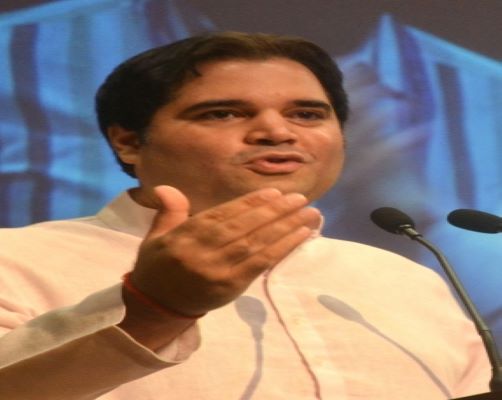 Gandhi, the BJP Lok Sabha member from Pilibhit, is regularly questioning his own party government on several issues from farmers' protest to the Lakhimpur incident and now over irregularities in UPTET.

He also requested people think if the aspirants would be treated in the same way if they were their own children.

Tweeting a video of police reportedly using batons, he said: "These children are also 'Son of Mother India', let alone accepting their demands, no one ready to listen to them. Above this, barbaric 'lathicharge' on them. Put your hand on heart and think they would be treated the same if they were your own children. You have vacancies as well as qualified candidates, so why are recruitments not taking place."

On November 28, the UPTET 2021 had to be cancelled after the paper was leaked. On December 2, Gandhi questioned the BJP government on job and paper leaks.

"First, there is no government job, if some opportunity comes, then the paper gets leaked, if you give the exam, there are no results for years, then it gets cancelled in some scam. 1.25 crore youths are waiting for Railway Group D exams for two years. Same is with the Army recruitment. How long should the youth of India have to be patient," Gandhi had tweeted.

Title: Why recruitment not taking place when govt has vacancies: Varun Gandhi