New Delhi, Jan 20: Unable to get recognition from any country, the Taliban are reaching out to Muslim countries to recognise their new government in Afghanistan.

"I call on Muslim countries to take the lead and recognise us officially. Then I hope we will be able to develop quickly," said Mohammad Hassan Akhund, the regime's Prime Minister. 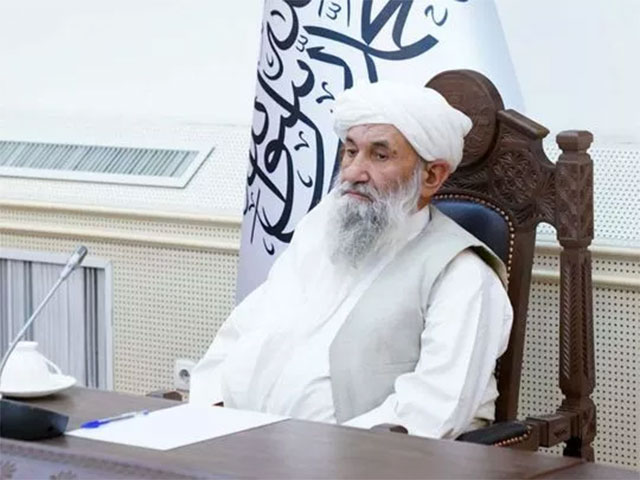 No country has yet recognised the Taliban, with most waiting to see how the group - accused of human rights abuses during their first stint in power - performs. Despite the claims made by the Taliban that they have fulfilled all the conditions of the world to get the government recognised, the ground realities are totally different. Although Taliban leaders have pledged to govern the country differently, they have not yet allowed most women to return to public sector jobs. While schoolboys were allowed to resume classes in September, secondary schools for girls across Afghanistan have remained shuttered.

The women have been staging almost daily protests to demand their rights, representation in government across the country. On the night of Wednesday, the Taliban once again cracked down violently on the women protestors and picked up three women activists after breaking into their homes in Kabul. According to witnesses, Taliban fighters tried to snatch mobile phones so that their atrocities could not be put on social media. But the group did manage to put a few videos on social media.

In one video, Tamna Pariani, one of the women protesters, says the Taliban want to break into the house. The women had taken part in a demonstration demanding women's rights in Kabul province yesterday.

"Political activists have lived in fear every single night since the Taliban takeover. What happened last night in Kabul to a group of women activists was only a glimpse of it. The Taliban are actively terrorizing the people, suppressing all forms of opposition and governing by terror. The Taliban is obsessed with confining women to the four walls of their homes, we don't know what kind of dark future is in store for us with them." says Nilofar Moradi, an Afghan women rights activist who has gone into hiding.

The Afghan women rights activists have appealed the Muslim countries and the UN to put pressure on the Taliban on girls' education and women rights, because "what is happening in Afghanistan differs from the rest of the Islamic world."

Last month, a special meeting of the 57-member Organisation of Islamic Cooperation (OIC) declined to formally recognise the government, and the new regime's foreign minister Mullah Amir Muttaqqi was excluded from the official photograph taken during the event. It asked the Taliban rulers to abide by international obligations regarding the rights of women.

Title: Taliban's appeal to Muslim nations to recognise their govt likely to fail