Crude at $105: India to suffer from high inflation, import bill

New Delhi, Feb 24 (IANS): Russia-Ukraine war has accelerated Brent Crude Oil prices which raced to $105 per barrel on Thursday and is expected to mar India's economy with high inflation. At present, India which imports 85 per cent of its crude oil needs, is import-dependent. Any rise in crude oil prices will have a major impact on domestic prices of petrol and diesel.

Besides, the cascading effect of higher fuel cost will trigger a general inflationary trend. Already, India's main inflation gauge -- Consumer Price Index (CPI) -- which denotes retail inflation, has crossed the target range of the Reserve Bank of India in January. The rise was blamed on high commodities costs. 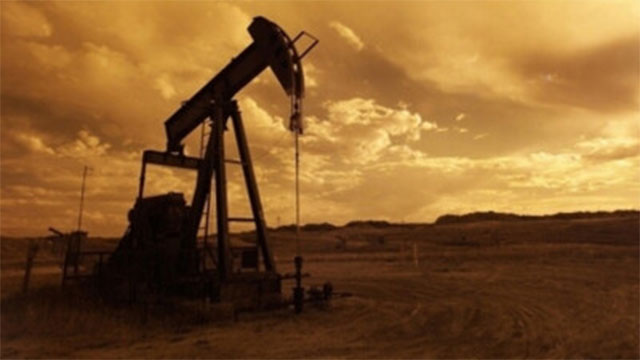 As per industry calculations, a 10 per cent rise in crude oil prices adds nearly about 10 basis points in CPI inflation. "Crude prices at such higher levels will increase the retail fuel prices by around Rs 8-10 per litre and could create inflationary pressure," said Bhanu Patni, Senior Analyst, India Ratings and Research.

"Although, Oil marketing companies have not increased the retail prices since November 21, the same could be seen post elections."

On Thursday, the Brent crude climbed to $105 a barrel after Russian President Vladimir Putin launched a military operation in Ukraine. This is the first time since 2014 that crude oil prices have crossed the $100 per barrel mark.

Besides, crude oil prices surged by 5.50 per cent near $97.22 per barrel on the NYMEX WTI index. "Crude at over $100 per bbl would increase the import bill, current account deficit and thereby depreciation of the INR vis-a-vis USD will lead to inflation," said Prashant Vasisht, Vice President and Co-Head, Corporate Ratings, ICRA.

"The Upstream companies would benefit from higher crude oil prices. Besides crude oil, gas prices are also expected to increase as Europe gets a large proportion of gas through pipelines passing through Ukraine."

Currently, Russia is one of the world's top producers of crude oil and any western sanctions against Russia will stiffen the global supply. "The conflict between Russia -- the second largest exporter of crude oil with 12 per cent market share -- and Ukraine, has expectedly raised already elevated crude prices to 8-year high. The prices could stay over $100 per barrel in near to medium term unless the Opec decides to increase output materially," said Hetal Gandhi, Director, Crisil Research.

"Interestingly, over the past three months, Opec members haven't been meeting their production targets, which has influenced prices. The upshot is energy and trade-deficit negative for India, since we import nearly 85 per cent of our crude oil requirement."

In addition, Suman Chowdhury, Chief Analytical Officer, Acuite Ratings & Research said: "This will have an impact on the domestic inflationary scenario where there are already significant undercurrents due to increasing pass through of higher commodity prices with improving demand in manufactured products and even services."

"While the Government can partly alleviate the pressures through a further cut in excise duties of retail fuels, input costs are set to increase further for sectors such as paints, chemicals, plastic products, transport and aviation in the near term."