Riyadh, Mar 03: The Indian Social Forum (ISF) has extended its helping hands to repatriate 3 NRI’s who had come to Saudi Arabia for work purpose and were denied job and basic requirements from past 3 months.

A few months ago, Salahuddin Salman, Tauheed Mysore and Safwan Abdul Rahman had come to Riyadh, Saudi Arabia after paying for the visa through a travel agent from Mangalore. But after landing at Saudi Arabia, the situation turned out to be completely different, they were not offered any work, nor salary, also proper accommodation was not provided, they were struggling financially and facing issues to have their basic needs fulfilled. 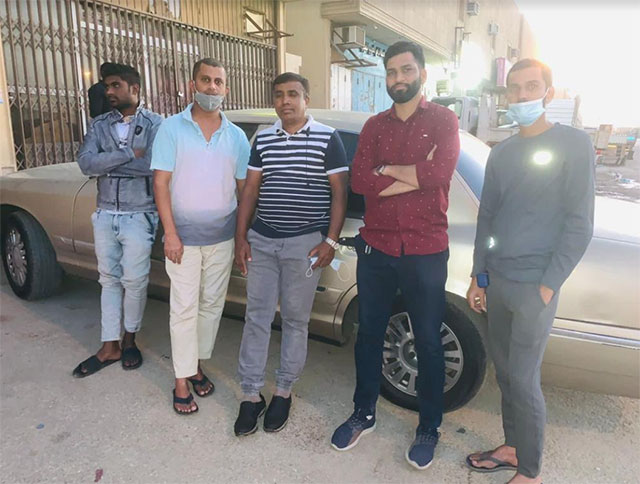 Knowing about this Incident, a team led by Nizam Bajpe and Jawad Basrur of the Indian Social Forum swung into action and met the victims, Forum also made the necessary arrangements and provided the basic amenities.

Required counselling was also done to the victims and which gave them required moral support, forum also promised their support to send them back to India. On behalf of the victims, the case was filed in the labor court and also contacted Indian Embassy, finally the exit formalities were done through the company.

In the first phase, Social forum succeeded in sending Tauheed Mysore and Safwan Abdul Rahman to India. In the second phase, Salahuddin Salman was sent back to India by sponsoring him an air ticket on behalf of Indian Social Forum.

The victims thanked the Indian Social Forum and its members for such humanitarian service.