Tomato Flu has nothing to do with Covid, says Dr Sudhakar

Bengaluru, May 12: Health and Family Welfare Minister Dr K Sudhakar has clarified that Covid-19 pandemic has nothing to do with Tomato Flu.

Dr Sudhakar on Thursday explained that Tomato Flu was confined mostly to some parts of Kerala.

The State Government has ordered strict surveillance along the Kerala borders, he said and pointed out that Tomato Flu is not a new kind of disease and it has been in prevalence in Kerala for some years in the recent past. 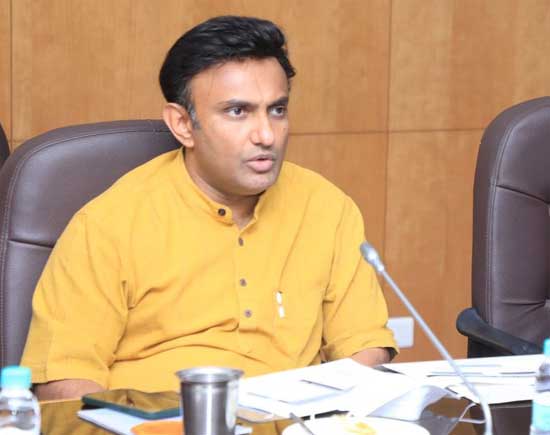 “Tomato Flu has been in existence in some parts of Kerala since the last several years and it has been witnessed this year too. The fever is mostly confined to children below 5 years. The affected children will have fever and blisters on their body, especially skin. The blisters are small and resemble tomatoes in colour, which is the reason for the name,’’ he said explaining that the Kerala government has been providing treatment.

Karnataka has been in touch with Kerala authorities as the neighbouring State shares borders with our State, he said.

Dr Sudhakar said the deputy commissioners of the border districts and health authorities have been asked to be vigilant and also take necessary precautionary steps if the children develop fever and blisters on their skin.

The minister warned that lot of misinformation is floating in the social media and asked the public not to be scared by such baseless messages in the social media. “No cases of Tomato Flu have been detected in Karnataka so far. However, we are taking all precautions in the border districts,’’ he said.

The Health Minister has asked the people to take the third or precautionary dose of vaccine even though the severity of Covid cases has come down in the State. It is better to be careful and vigilant, he added.

Title: Tomato Flu has nothing to do with Covid, says Dr Sudhakar