Bengaluru, May 15: Due to rapid urbanisation and the proliferation of information technology, Bengaluru has gradually turned into a concrete jungle. Bengalureans have become busy in carrying out their day-to-day household chores and attending to their office work. But, for a few life is different as they have adopted eco-friendly measures to become role models in society. A few of them have devised new ways of life to live meaningfully.

A couple have shown the way and what it means to be busy and still maintain a good work-life balance by adopting eco-friendly measures to set an example to others. 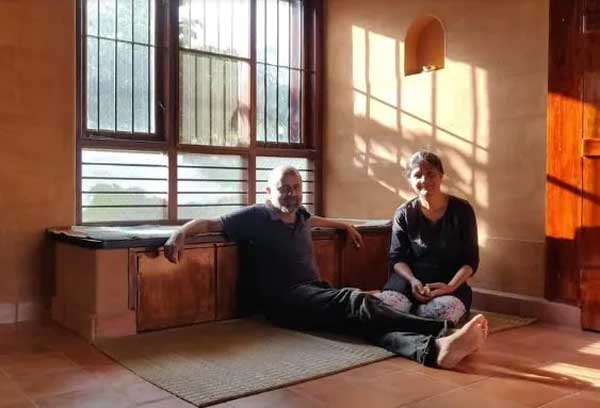 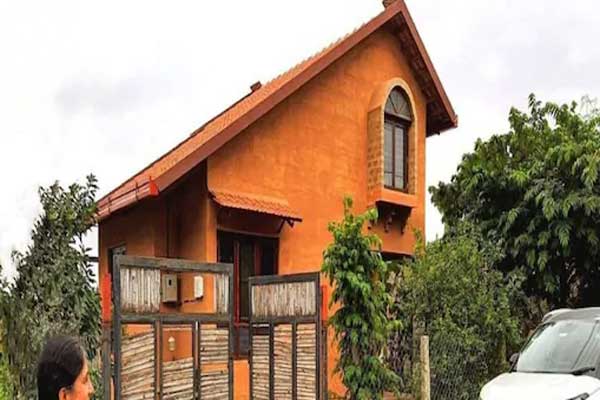 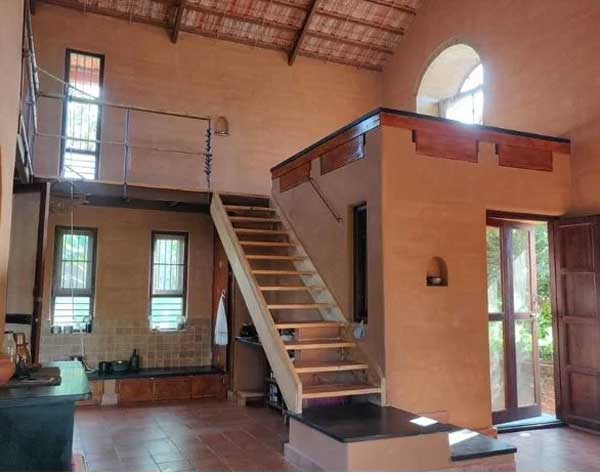 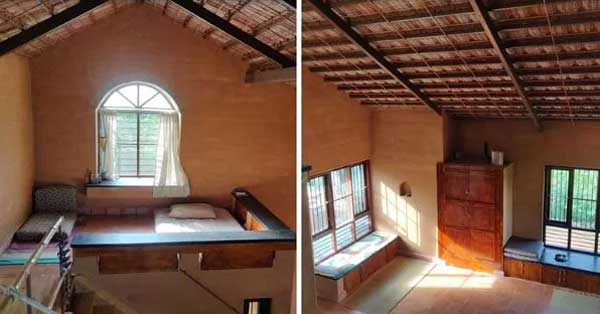 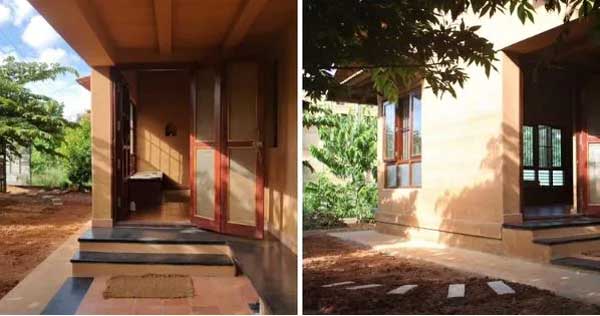 Reva and Ranjan Malik have adopted an eco-friendly way of life in Bengaluru. They have built a solar-powered house of mud which is referred to as a rammed earth house. The couple has used mud, sand, lime and chalk materials and mixed them along with some cement to build their dream home which is said to be strong and eco-friendly. It took them eight months to complete construction work on their home.

Reva and Ranjan say they often wanted to build and live in a home that was similar to what was seen in villages. Before they relocated to Bengaluru, the couple lived in New Delhi and were quite busy in their lives.

The couple says that they visited many places during their childhood and after marriage they had even visited many places. They said they loved the houses built in areas surrounding Delhi and in some villages of North India. They felt that they should lead simple lives and so they chose to live in Bengaluru by building a house of mud and other eco-friendly materials. They bought land measuring 3,000 sq ft in dimension in the outskirts of Bengaluru and built an eco-friendly home. The land was used for organic farming until 2018.

The couple say they were impressed with the culture, environment and the living standards of Bengaluru which led them to relocate to the city.

Reva says the house gives them enough fresh air to breathe unlike a concrete structure. The couple has built a home on 770 sq ft of area with only one roof. The house has one bedroom, kitchen, and a big living room. The couple say they spent Rs 25 lac to build their dream home.

The couple do not use gas cylinders to cook. They use a stove to cook food. The house does not have taps anywhere to avoid wastage of water. Instead, they have erected small hand pumps and water that is used in these pumps are used for gardening.