Mangaluru, May 19: Five endosulfan survivors Ramshid, Vijesh, Suresh, Mohan and Padmashekar, students of Vidya Chethana in Ramakunja in Kadaba taluk, cleared their SSLC examinations as results were made public on Thursday May 19. 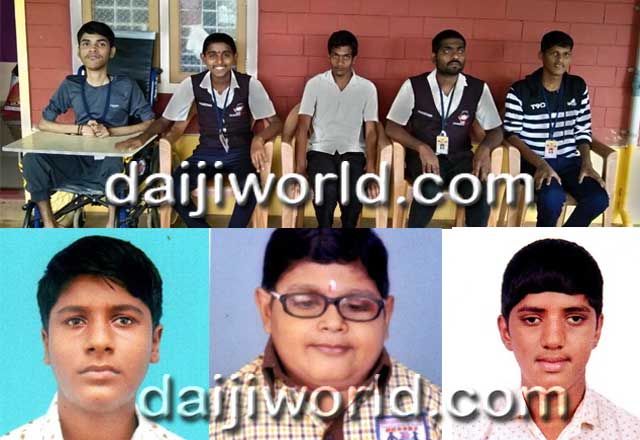 Both Vidya Chethana in Ramakunja and The Roman and Catherine Lobo School for the Blind in Kotekani are run by city based Seva Bharati Mangaluru. The endosulfan sufferers, who had appeared as private candidates in SSLC examinations, expressed gratitude to Dakshina Kannada deputy commissioner (DC) Dr Rajendra K V, Deputy Director of Public Instruction (DDPI) Sudhakar K and other officials for setting up a special examination centre close to their houses in Ramakunja in Kadaba taluk.

If not for the intervention of DC Dr Rajendra K V, endosulfan sufferers would have faced endless inconveniences in order to write SSLC examinations at Vivekananda English medium school in Thenkila in Puttur taluk (located about 34 kms from Ramakunja). The endosulfan sufferers, suffering from motor impairment and complex disabilities, also expressed gratitude to Ramakunjeshwara College Principal Satish Bhat, staff, scribes Dhikshitha, Deepa, Manisha, Kavyashree and Anvita who are students of ninth standard.