Chennai, May 25 (IANS): Former interim general secretary of the AIADMK, V.K. Sasikala who was in political hibernation after her incarceration in Bengaluru central jail, has slammed the DMK government led by Stalin. At a press conference here on Wednesday, the former close aide of late Tamil Nadu Chief Minister J. Jayalalithaa, said that the DMK government must stop its confrontationist attitude toward the Central government and start functioning in a constructive manner. 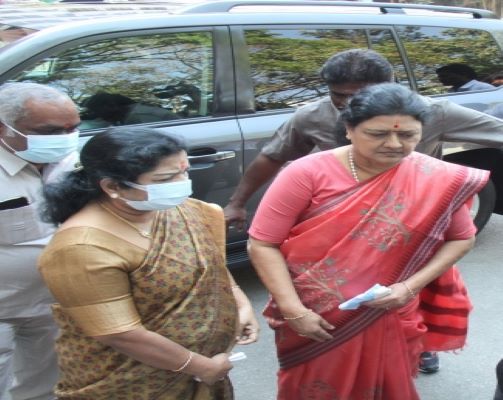 She lashed out against the DMK government for stopping the people-friendly schemes launched by the late Jayalalithaa and said that the state government in the past year was not doing anything other than taking a confrontationist attitude toward the central government.

Sasikala said that the AIADMK cadres wanted her to lead the party and claimed that the delay in the announcement of AIADMK candidates for the three vacant Rajya Sabha seats was because the party was not in the control of a single person.

Sasikala said that it was the party cadre who decides who joins the AIADMK and added that this was the norm created in the party by its founder and former Chief Minister, late M.G. Ramachandran.

She warned the DMK government not to play politics by cancelling the Amma clinics floated by the previous Jayalalithaa government.