Speaking to media persons near his residence on Sunday, June 19, he said the seers of Siddaganga Math, Murugha Math, Adichunchanagiri Math and other sages have already voiced their resentment and protests against the text book revision.

The Swamijis criticising the text book revision does not imply support to Congress party’s opposition, he said and pointed out that the State Government should respect the views and ideals. 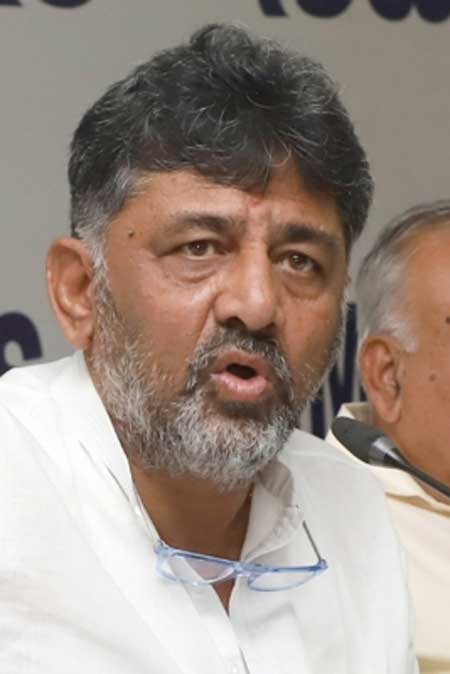 Shivakumar said the Swamijis have dedicated their lives for serving and propagating religion and strive for upholding culture and justice. When issues affecting or denigrating religion happen, it is the duty of the religious leaders to voice their feelings and rise in protest instead of being afraid of the government. People and the devotees will support and the government will be bound to listen to their views, he said.

Why close colleges on PM’s route?

The KPCC Chief took the State Government to task for declaring holidays to the colleges on the route of Prime Minister Narendra Modi’s visit to the State on June 20 and 21.

“What is the need to declare holidays and close all educational institutions along the Prime Minister’s route in the city? Are the students terrorists? Are the students creating trouble? Is the government afraid of students? Karnataka’s students do not have the culture of violence,’’ he said and pointed out that the Prime Minister can visit the State and attend the functions or perform yoga and return.

Shivakumar said the government should provide the necessary security to Modi and criticized the decision to declare holidays to the colleges.

The Congress leader attacked the Agneepath Scheme and wondered why youth are being made Agniveers at the age of 17 years. “Should the students be deprived of their college education and completion of their degrees? What is the logic behind providing military training for four years and then select them as security guards? The ruling party leaders and BJP ministers, who are defending the Agneepath scheme, should send their children to become Agniveers. The ruling party wants their children to become doctors, engineers and professors while the children of poor people should become guards,’’ he said.

Shivakumar supported Congress leader B Ramalinga Reddy’s demand that the Prime Minister Narendra Modi should answer to the charge that the Bommai regime is a 40% commission government. “We expect a reply from Modi on the 40% commission charge,” he said.