Karkala, Jun 20: A young girl died and three were seriously injured as the jeep in which they were travelling overturned at Sankalakariya near Mundkur of Belman on the evening of Sunday, June 19.

The deceased is identified as Pavani (18). Six people including the driver were travelling in the jeep from Kinnigoli to Mundkur. They were returning after partaking in a function at Kulai. 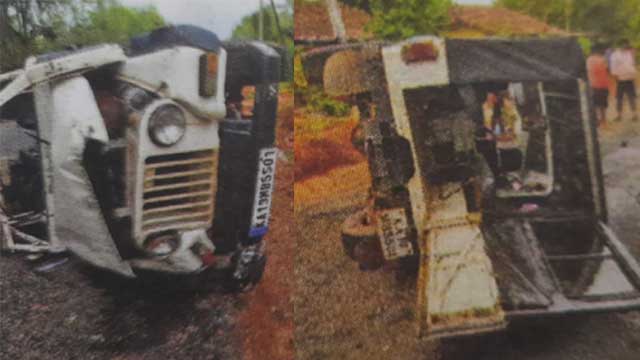 The accident occurred as the driver was not aware of the sudden turn on the road as work of Belman-Sankalakariya stretch, which is part of Atradi-Bajpe, is in progress.