Beltangady, Jun 24: Parents of children studying in government lower primary school at Badipalike of Patrame village in the taluk are concerned as there are no teachers in the school.

Under the limits of Patrame gram panchayat, most of the residents belong to scheduled caste and scheduled tribes. Most of them work as daily wage labourers. Now the school shows all signs of getting closed.

The school which began functioning in 1996 had 20 students. There is only one teacher for all the students though there are five grades from one to five. Now the number of students has gone down to seven. As there is only one teacher for the school, he has to look after training and other works of the department. Sometimes midday meal employees take care of children. 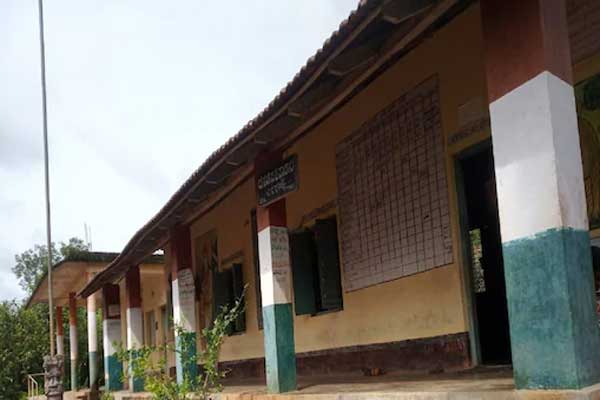 Now the teacher is on leave as he is unwell. Though alternative teachers are sent from other schools they are different and not the same person. This is causing children inconvenience as the teaching style of every teacher differs.

The three km road that connects the school to Sankesha Maniyoor SC colony is also in bad shape. During monsoon traversing is extremely difficult. Locals are unaware of the reason for the lacklustre attitude of the administration.

The minor bridge, which is at a distance of about 50 meters from the beginning of the road leading to the school, is also on the verge of collapse. This was built 22 years ago by the panchayat which got grants for three consecutive years.

On the whole, residents of Mainyeru Sankesha, Sheemullu and Badipalke areas of Patrame village are scared that the only school which is the future for their children will get closed.

The parents of these children are not in a position to send their children to far away schools due to financial constraints. If the education department does not appoint a teacher soon, they will just stop sending their children to school. Concerned people representative has to look into the matter and provide a better future for the most backward community in the society.