Addressing media here on Wednesday June 29, regional chief, clinical services, KMC Hospitals Dr Anand Venugopal said, “Through this initiative, we have envisioned to reach out to parents and teachers in 100 primary and secondary schools across Dakshina Kannada, Kasargod, Udupi, Hassan and others for the coming one year and heighten the importance of awareness levels on scoliosis, its prevalence among children and the need for its early detection in children.” 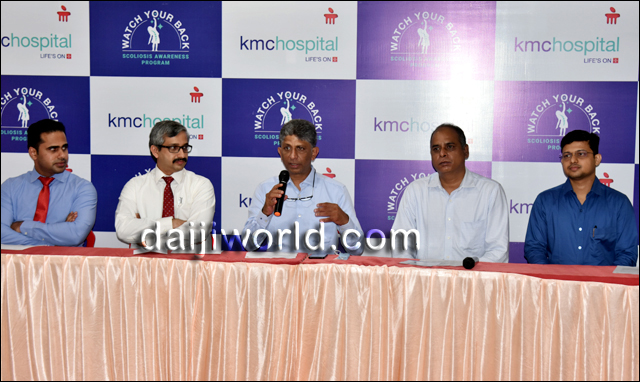 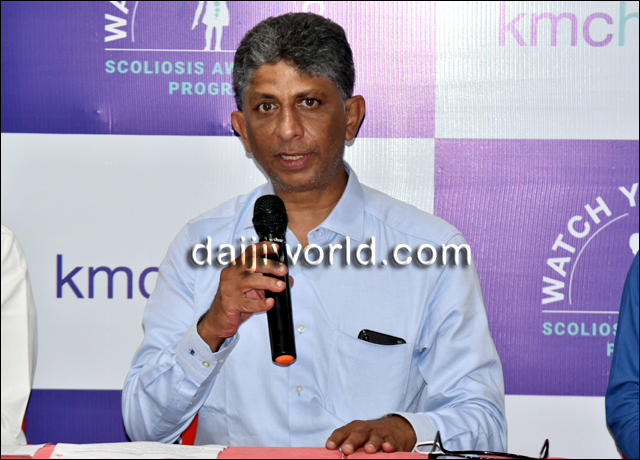 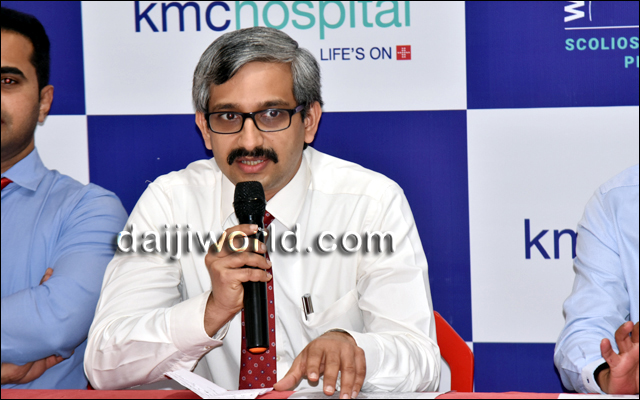 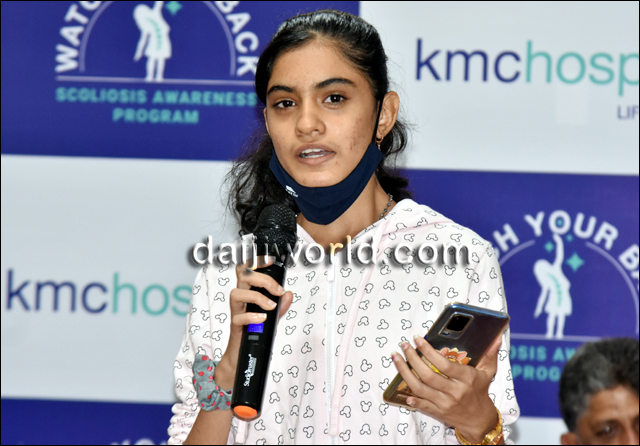 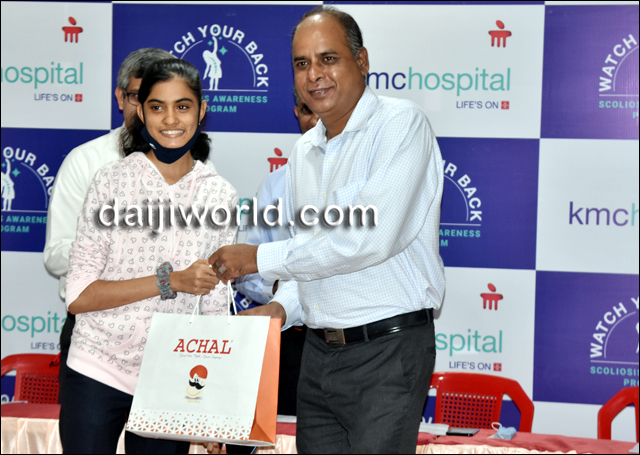 Dr Anand Venugopal, expressed that the institution had partnered with various social groups, like Rotary etc, who intend to serve the society through various means. The prime motive is to spread awareness and cure the condition at its very onset, he said.

Consultant spine surgeon KMC Hospital, Dr Ishwar Keerthi spoke about the condition and provided useful insights on the same. “The condition occurs when there is an apparent lateral bending of the spine. Scoliosis has been observed in 2-4 children. A total of 6/10 need definitive treatment. Scoliosis can be detected under various conditions, such as if a child stands erect and the neck tilts to one side or when one shoulder is inclined greater to one side etc,” he said. Speaking of the treatment, he said that if the condition was detected at an early stage, the treatment would only comprise of exercise and other basic methods. But if the spine curved beyond 40°, an operation would be required. Eventually they would get a better spine structure, he said.

Shedding light on the various methods of early detection, Dr Ishwar explained that if detected early, a small degree of curve can be treated with ease. “Surgery would not be required with the the Adam’s test, where the knee would be straight and a forward bend would indicate if one side of chest wall was higher than the other side,” he said emphasizing that if awareness was spread, the condition could be rectified well within time.

Speaking on the occasion, one of Dr Ishwar's patient, shared her experience of having suffered from scoliosis. She said, “I was unaware of this at the very onset. I would observe my friend wear a belt around her back but little did I know I would have had the same condition. It all came to one instance, when my dad read out an article, by Dr Ishwar Keerthi, and that is when I realized I had been suffering with scoliosis.

“The doctors were quite humble and assured us of the best treatment. Their support instilled confidence in my parents and they too were rest assured of my wellbeing. The surgery was performed in August and it was successfully performed. All went well.

“I would greatly suggest to others as well. I am fine now. It is 10 months now, and I am doing very well now. I can perform any activity with ease,” she said.