Media Release
Dubai, Jun 30: Ibrahim Saqafi Kedumbadi has been appointed as the new president of the UAE national committee of the Karnataka Cultural Foundation (KCF).
Officers were elected to the committee for the year 2022-24 at the event presided over by Abdul Jaleel Nizami, the close pre-president of the Karnataka Cultural Foundation (KCF) UAE. The event was held in Abjad Grand Hotel, Dubai on June 11. Janab Zainuddin Haji Bellare has been appointed as the new vice-president of the committee. Former general secretary Janab Moosa Haji Basara was re-elected as general secretary and Janab Ibrahim Haji Bright as a treasurer. 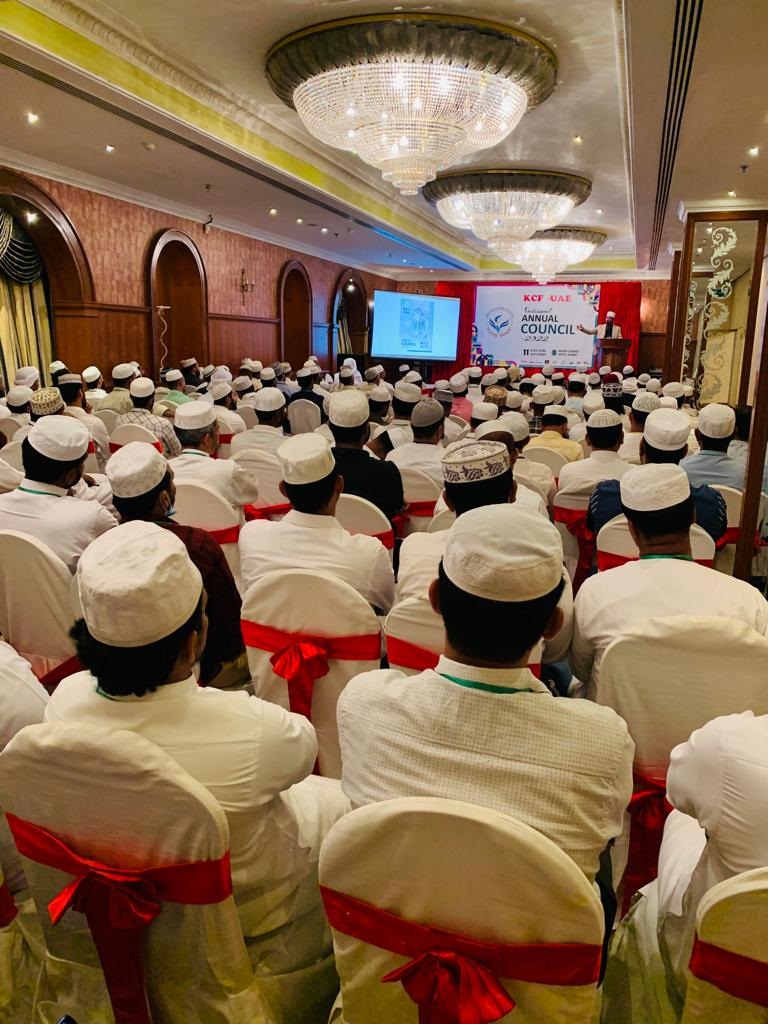 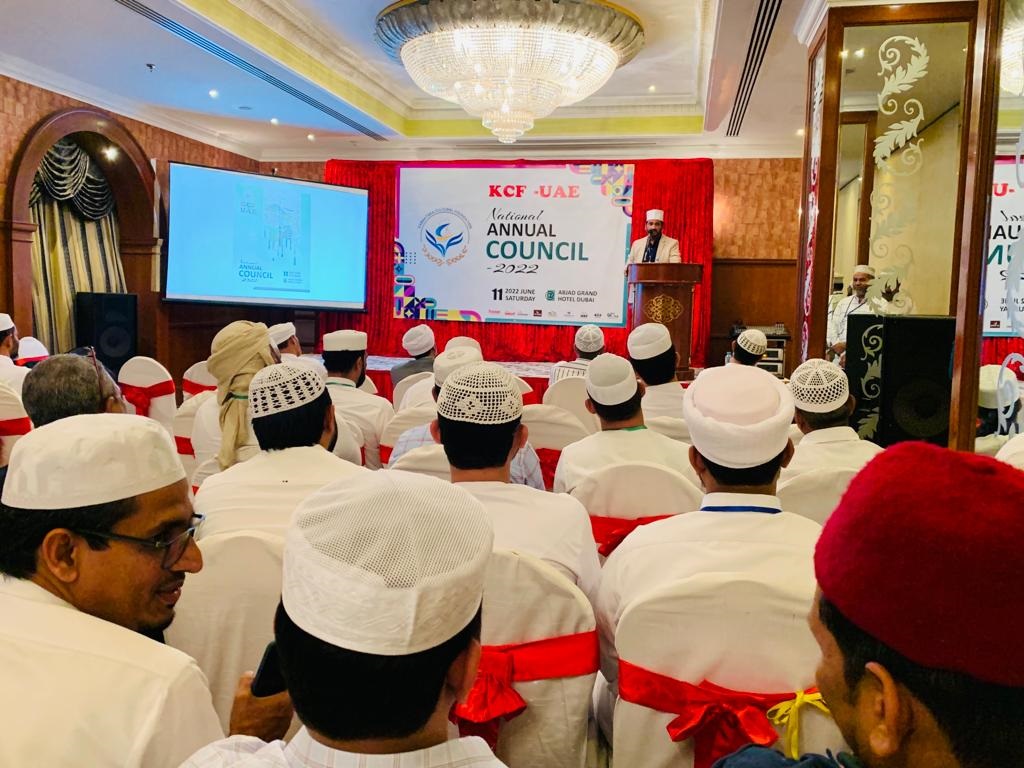 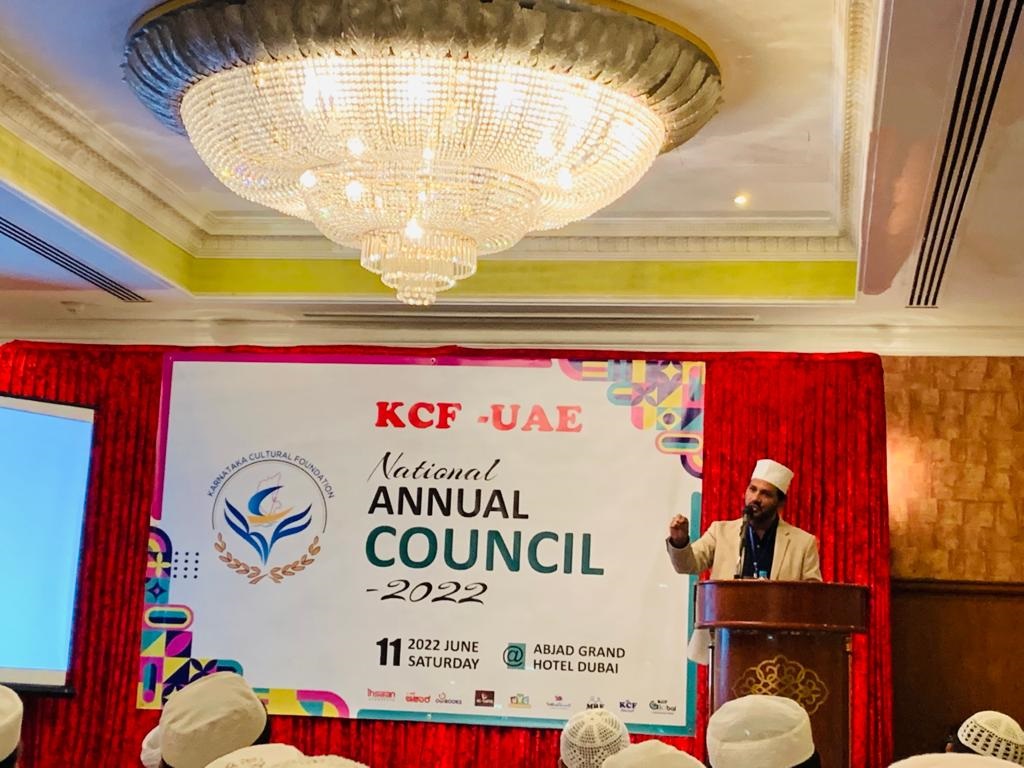 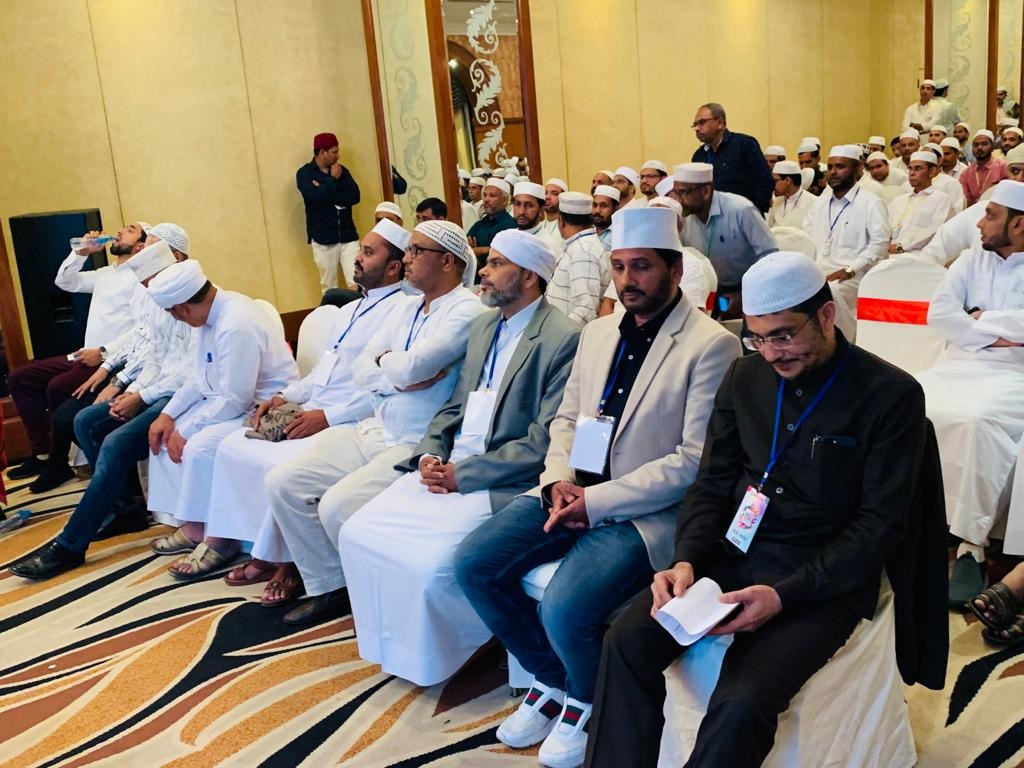 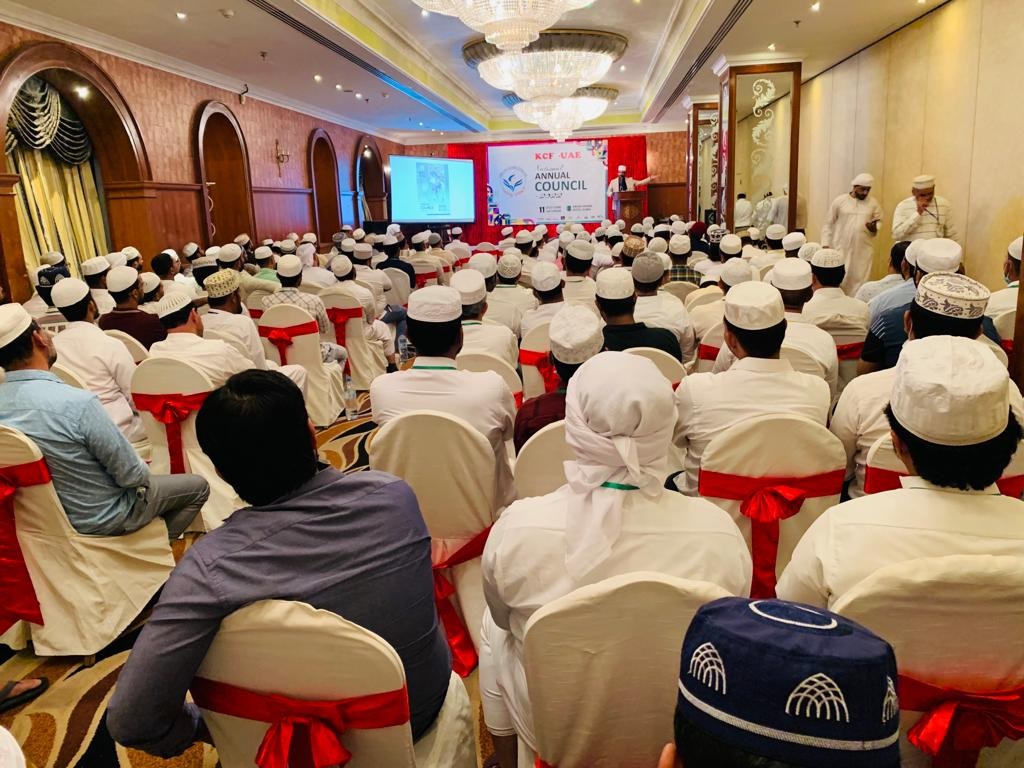 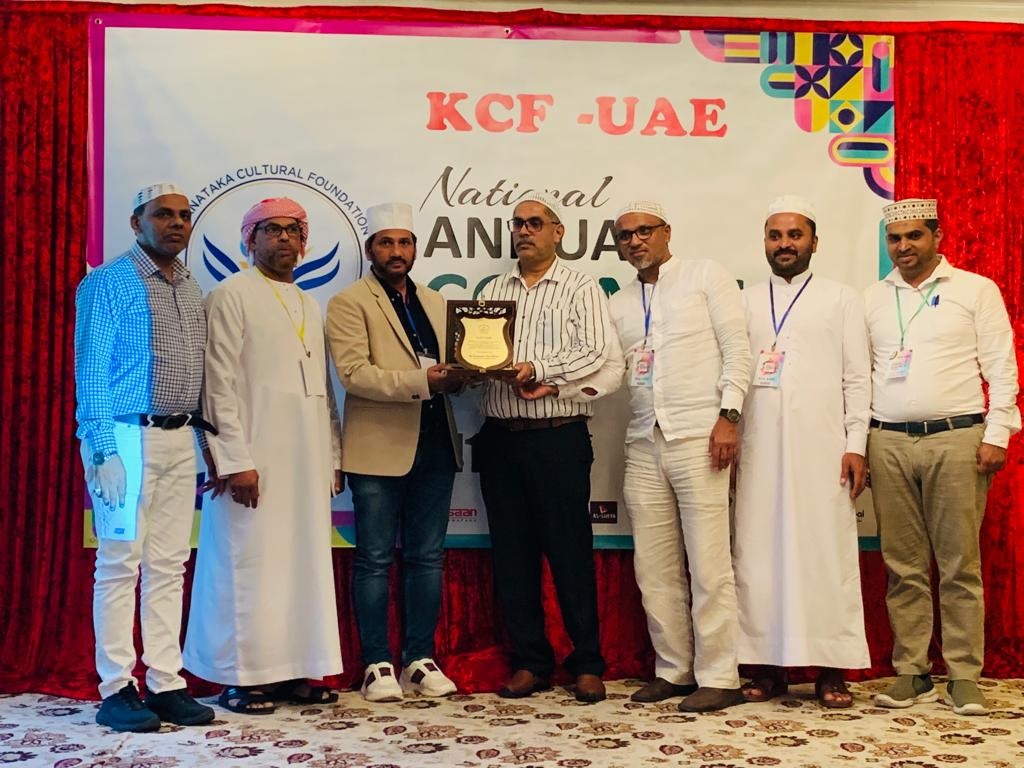 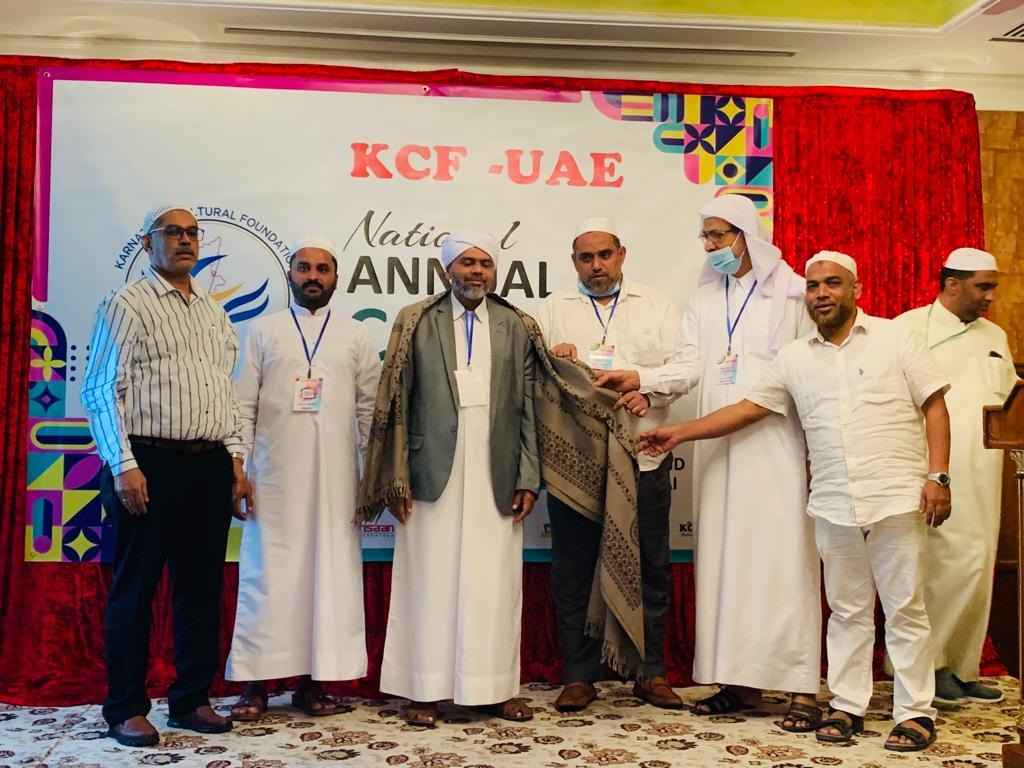 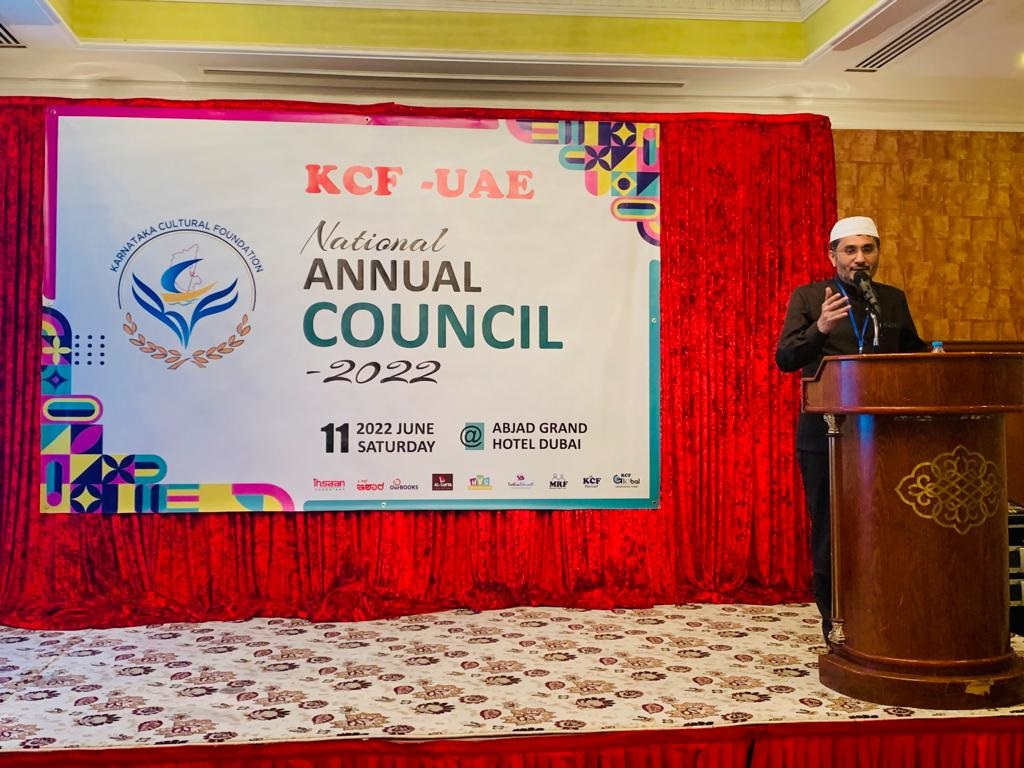 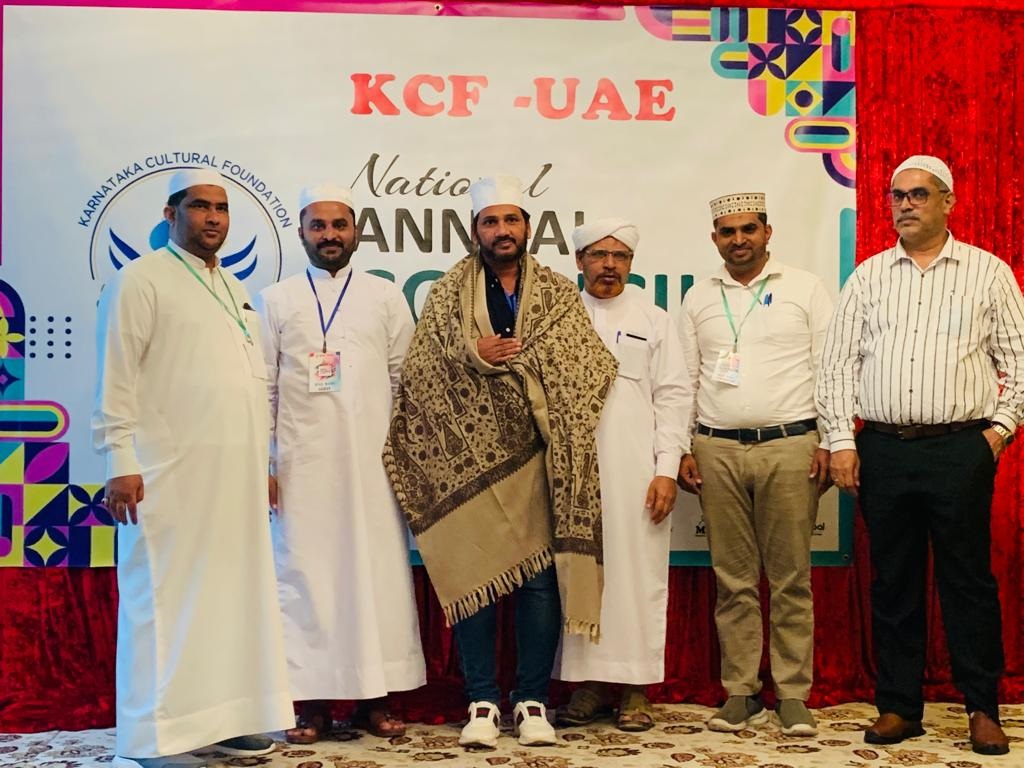 Mohammed Kunji Saqafi was appointed as organizing division president, Hamza Erumaad as secretary, Abdul Karim Musliyar as admin division president, Mohammad Rajab Uchchila as secretary. Abdul Raheem Kodi as publishing division president, Akram BC Road as secretary, Shahul Hameed Saqafi as president of the knowledge division and Abuswalih Saqafi Inoli as secretary. Abdullah Haji Nelka elected as president of the relief division, and Hakim Turkalike as secretary. Abdul Qadar Saadi elected as president of Ihsan division and Janab Abdul Aziz Ahsani as secretary.
The selection of office bearers was held under the spearhead of the INC financial controller Abdul Hamid Sa-adi. Karnataka state SYS general secretary Janab Hafeel Saadi and KCF INC general secretary Khamaruddin Goodinbali were the chief guests.
The activity and accounting report of the KCF national committee was presented and approved in the meeting.
Abdul Jaleel Nizami, in his presidential address, explained all the social activities that were conducted by the National KCF team such as active participation in the Clean Up the World 2020 organized by the Dubai Municipality, volunteering with Dubai police during the covid-19 and facilitating seven chartered flights to send more than 1,000 Kannadigas back to the country during covid pandemic, under the leadership of KCF.
The leaders of the relief team were commemorated and honored for their extraordinary effort in social welfare activities during the covid pandemic.
The organization has been always responding to the problems of non-resident Kannadigas including the educational, health sector, and humanitarian services which are now become common talks among the people of Karnataka. KCF was Established in Dubai in 2013, and now it operates in the UAE, Saudi Arabia, Bahrain, Kuwait, Oman, Qatar, Malaysia, and London.