Panaji, Jul 5 (IANS): Goa Chief Minister Pramod Sawant on Monday convened a special meeting with officials and directed them to take immediate action in view of the flooding in various parts of the state.

Due to incessant rain in the past few days, flooding and landslides have been reported from various parts of the state. Taking note of it, Sawant on Monday asked officials to monitor the situation.

Sources said that Collectors of both the districts have been directed to take immediate action if any untoward incident takes place. 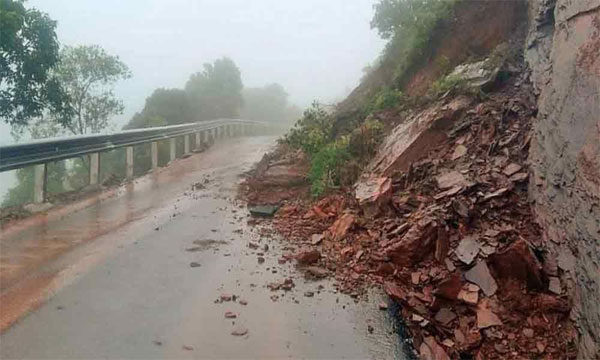 The Chief Minister's Office said that Pramod Sawant is closely monitoring the situation.

On Monday a landslide was reported at Anmod Ghat, which lies on the route from Goa to Belgavi in Karnataka. Vehicles were stranded for almost five hours till the road was cleared.

Fire personnel told IANS that vehicles from both Belgavi and Goa remained stuck. "It was a difficult task to remove the rocks and mud from the road during incessant rain. However, we cleared it and opened the road," they said.

Several low lying areas in the state have been inundated due to the heavy rain. Capital city Panaji also witnessed water-logging at many places.