Thiruvananthapuram, Jul 5 (IANS): Kerala Minister for Fisheries and Culture and CPI-M leader Saji Cherian appears to have run into trouble for his blatant attack on the Constitution of India after retired Kerala High Court judge B.Kemal Pasha said Chief Minister Pinarayi Vijayan should ask for his resignation. 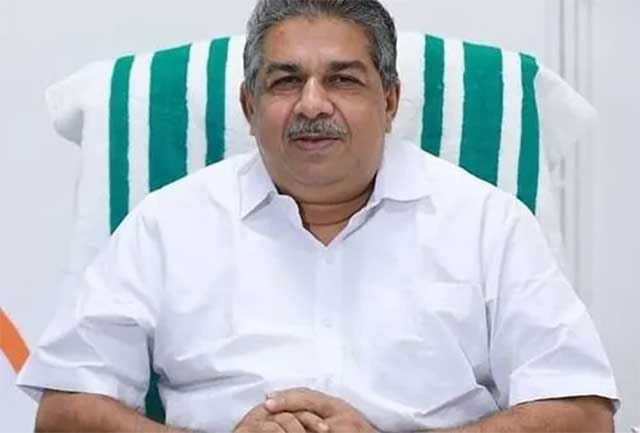 Cherian, a two-time legislator from the Chengannur Assembly constituency in Alappuzha district while taking part in a CPI-M party meeting at Pathanamthitta, had said, "The Indian Constitution is not fair to the labour class as there is no protection for them and instead of that some 'stupid' (used popular colloquial words like 'kunthem' and 'kudachakrem') things like secularism and democracy are written in it.

"The Constitution is what the British said and has been written by an Indian. It's something which one allows for loot and nothing there for the labour," said Cherian.

He slammed the judiciary and said, "In labour cases the courts are favourable to the business people and that's what has helped the Adanis and Ambanis."

Criticising the minister, Pasha said, "What he said is a violation of the oath that he has taken and Vijayan should ask for his resignation."

Leader of Opposition V.D. Satheesan said, "What Cherian said is not acceptable and Vijayan should ask for his resignation.

"If Vijayan does not act, we will seek legal recourse," said Satheesan.