Tehran, Jul 29 (IANS): The Taliban-led government in Kabul has said that 5,600 Afghans were forcibly deported from Iran in the past week.

"We have asked countries, especially Iran, where Afghan immigrants live to respect the rights of Afghan immigrants based on the Islamic and international law," TOLO News quoted Mohammad Arsalah Kharoti, a deputy at the Ministry of Refugees and Repatriation (MoRR), as saying on Thursday. 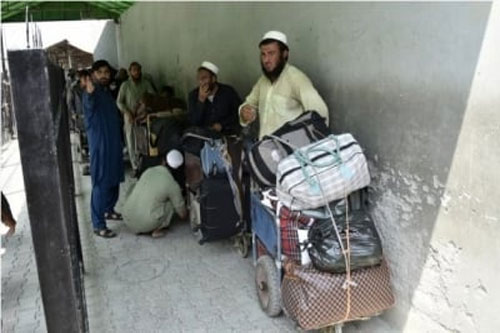 The Ministry has asked Iran and all other countries hosting Afghan refugees to respect their rights and address problems.

Based on the MoRR's figures, in addition to Iran, 66 families have also returned to Afghanistan from Pakistan.

According to the UN Refugee Agency (UNHCR), currently there were 2,069,703 registered refugees from Afghanistan in Iran, Pakistan, Tajikistan, Uzbekistan, Turkmenistan.

So far this year, 1,334 Afghan refugees have returned to their home country.