Bengaluru, Aug 2: Widespread opposition is being expressed by educational institutions, experts and other organizations to the rule of mandatory six years of age for admission of child to first grade as of June 1 of respective academic year.

In 2017, 2018 and 2020, the government had made minimum age of five years and 10 months and maximum age of six years and 10 months mandatory for admission to the first standard. However, now the government has come up with a new rule that a child should complete six years mandatorily on June 1 to get admitted to first grade.The new rule will be in force from the next academic year. 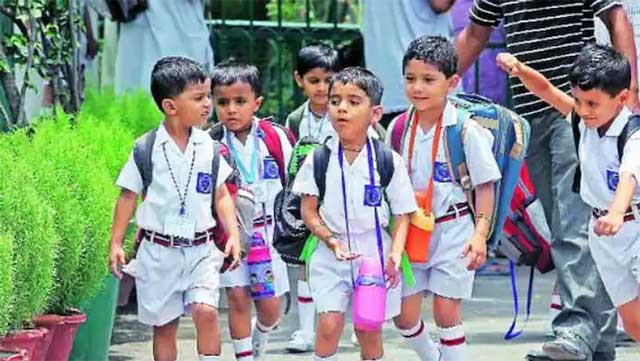 Public has vehemently opposed this decision. Even if a child falls shorter by one day as of June 1 it cannot be admitted to first grade.

Shashikumar, chief secretary of KAMS said, “This is an unscientific order. Without looking at the pros and cons, the government has taken the decision. In the educational act itself there was provision for five months of relaxation when a child was admitted to first standard. But this is denied by the present BJP government. This is an anti-people policy. Government should have discussed with the experts before taking out the order on the excuse of RTE. It is not right to implement order without speaking to the chiefs of educational institutions and the public.”