Puttur, Aug 3: Two persons were seriously injured in a collision between a car and a bus on Tuesday evening at Addahole of Shiradi village under Uppinangady police station limits.

The injured have been identified as Sharma (32) and Omkar Prasad (30).

Both the injured had gone on work to Sakleshpura and were returning to Ramakunja when a Bengaluru-bound KSRTC bus collided with the car in which they were travelling. Both of them were admitted to a private hospital in Puttur after they suffered serious injury in their head and limbs. 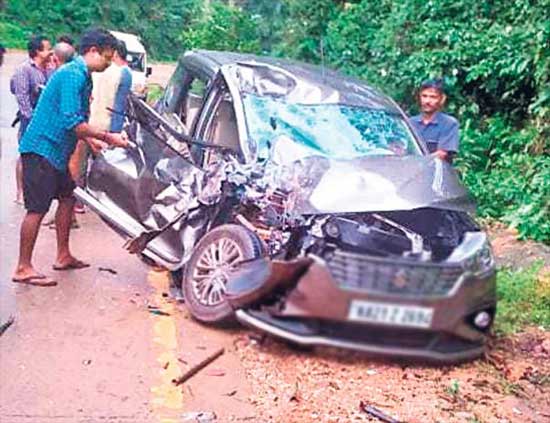 A few hours earlier, there was another accident at the same spot between a car and a bike in which bike rider Bharath (24) who hails from Bengaluru had suffered an injury and was admitted to a private hospital in Puttur.