Eye on Assembly polls, Rahul gets 'Linga deeksha' at Lingayat Math in Chitradurga

Chitradurga, Aug 3 (IANS): Focusing on breaking the dominant Linagayat community's allegiance to BJP in Karnataka, opposition Congress has started wooing the community ahead of Assembly polls in 2023.

Giving clear hints about the plans, former AICC President Rahul Gandhi on Wednesday not only visited and sought blessings of Lingayat seer Dr Shivamurthy Murugha Sharanaru, but also got "Istalinga Deeksha" from him. 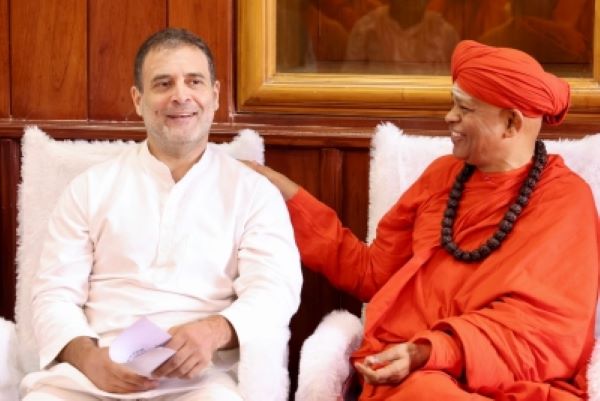 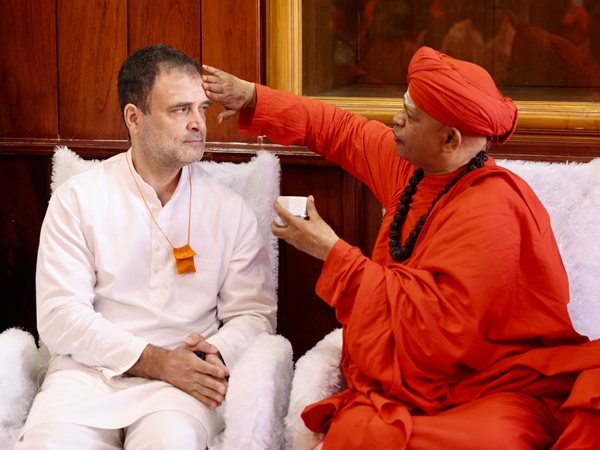 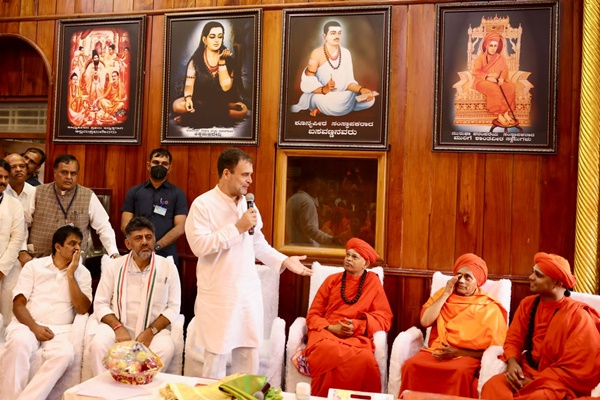 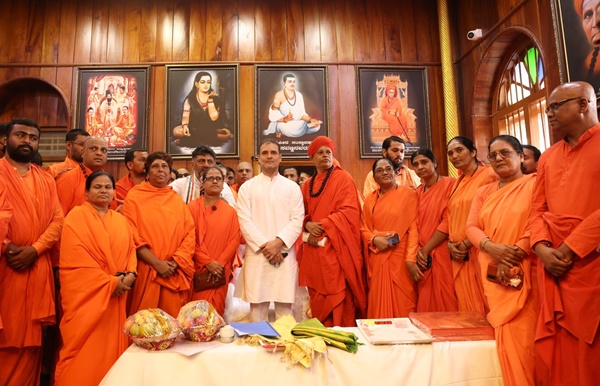 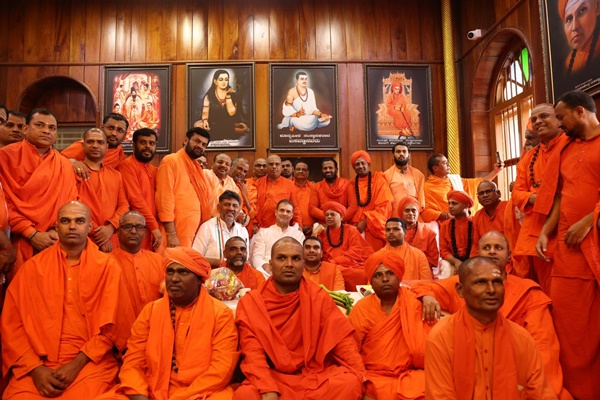 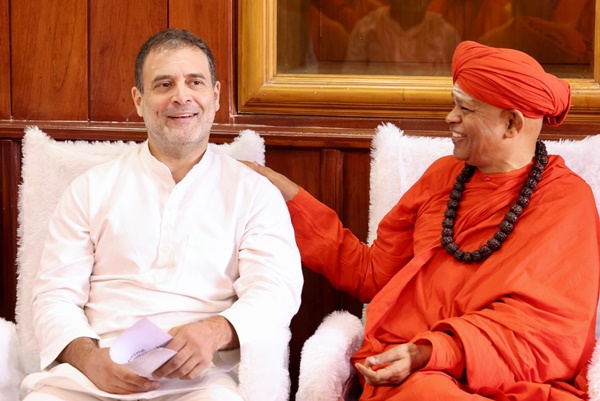 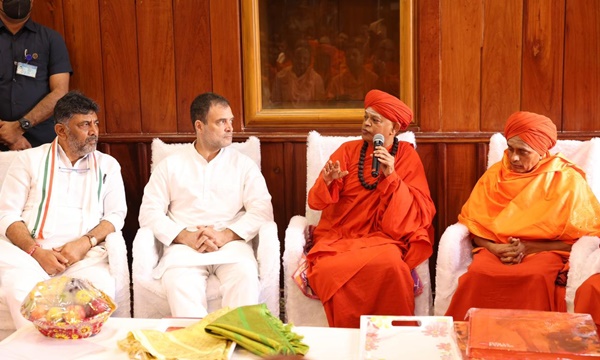 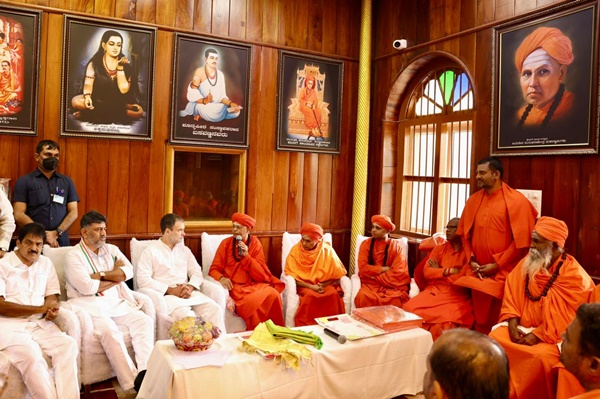 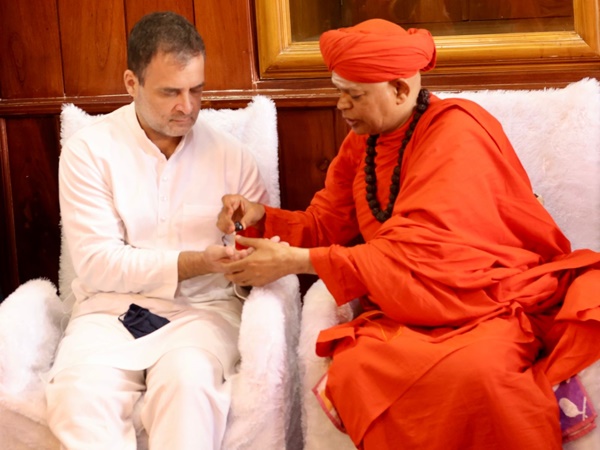 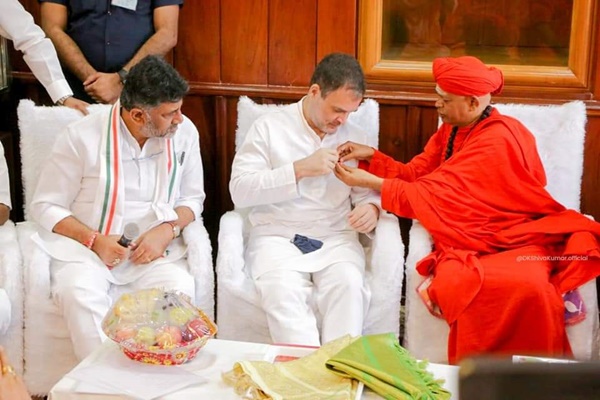 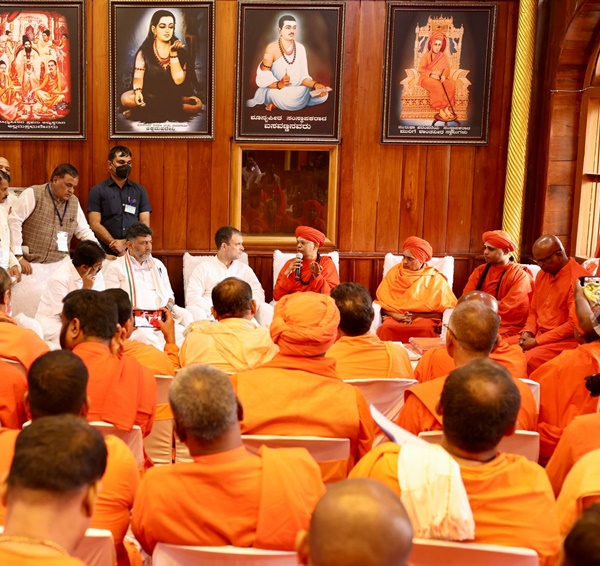 During the meet, the Congress leader asked Dr Shivamurthy seer on "Istalinga" (symbolic representation of formless God, in the form of shivling, presented by a guru and always worn on body by Lingayats).

"Rahul Gandhi asked about 'Basava' philosophy. He also with all the respect and love got the Vibuthi (bhasm) on his forehead. Got the "Istanlinga'' tied to his neck and asked for guidance to carry out its worship everyday" the seer said.

The swamiji further stated that this is today's big news. Rahul Gandhi stated that he would follow Basava philosophy henceforth. The "Istalinga" worshipping will bring down stress. "Rahul Gandhi asked himself whether he can get the 'Istalinga' dharana for himself and also expressed his happiness on the philosophy of Basava," he said.

D.K. Shivakumar, President of Congress party stated that Rahul Gandhi expressed his wish to visit Muruga Math of Chitradurga after coming to know about the activities of Dr Shivamurthy Murugha Sharanaru.

"The swamiji is striving to give education, power to all communities in the society. He is empowering them to organize themselves. After knowing this Rahul Gandhi Ji said he must visit the Muruga Math," he said.

Sources in the party said that since Prime Minister Narendra Modi has visited prominent Lingayat seers during his last visit in Mysuru, Congress leaders want to counter it by Rahul Gandhi's visit to Muruga Math. Dr Shivakumara Murugha Sharanaru had extended his support to the Mekedatu agitation and participated with Shivakumar in protest marches.