Bengaluru, Aug 5 (IANS): A woman was arrested in Bengaluru for killing her four-year-old mentally challenged daughter by throwing her from the fourth floor of a building, police said on Friday.

The accused, a dentist, thought that her child, who was also unable to speak, had proved to be an impediment to her progress in career, according to the police. 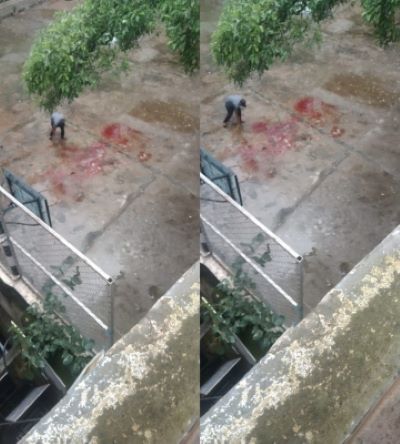 The incident had taken place on Thursday in the limits of Sampangiramanagar police station in Bengaluru.

Police explained that the accused Sushma Bharadwaj had also tried to kill herself after throwing her child, but was rescued by neighbours.

Sushma's arrest came following a complaint against her by her husband Kiran.

The couple resided on the fourth floor of the Advaith Ashraya apartment in CKC Garden.

CCTV footage of the incident shows the accused walking in the balcony with her daughter and then throwing her down.

Previously, Sushma had tried to abandon her daughter at a railway station. Upon learning of it, Kiran immediately rushed to the station and found their daughter, the police said.