Tehran, Aug 7 (IANS): Diplomats involved in talks to salvage the stalled Iran nuclear deal in Vienna warned against too many demands being made and not enough compromises.

"The US should show a pragmatic response to Iran's constructive proposals," he said in a call with his Chinese counterpart Wáng Yì. 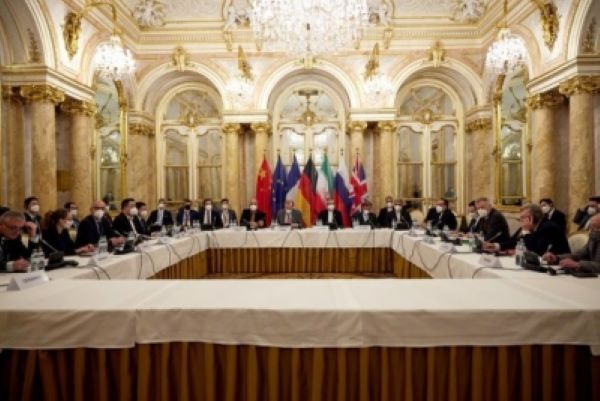 Tehran was continuing its efforts to reach a "strong and stable" agreement in the ongoing negotiations, he added.

E3 officials, as the representatives from Germany, France and Britain are known, warned Iran earlier that the text that has been negotiated would not be dismantled, only discussed anew.

"There will be no re-opening of negotiations. Iran must now decide to conclude the deal while this is still possible," the officials said.

"We urge Iran not to make unrealistic demands."

It remains unclear on the third day of talks whether the US and Iran will be able to resolve their outstanding differences and restore the 2015 agreement that aims to prevent Iran from building nuclear weapons.

Efforts are underway to revive the 2015 agreement, curbing Iran's nuclear programme in exchange for sanctions relief, after talks between Iran and the six other parties to the agreement -- China, Germany, France, Britain, Russia and the US -- were deadlocked for months.

Iran is demanding the lifting of all the sanctions imposed by the US following its unilateral withdrawal in 2018 from the nuclear deal during the presidency of Donald Trump.

Tehran has repeatedly insisted that the nuclear deal is of no value to the country without the lifting of sanctions.

However, if no deal is reached, Washington's sanctions would remain in place, spelling no end in sight for soaring inflation in Iran.