Tehran, Aug 9 (IANS): An Iranian Foreign Ministry official has said that partial progress has been achieved toward resolving some remaining issues in the Vienna nuke talks on reviving the 2015 nuclear deal, according to the official news agency IRNA.

During the past few days, four rounds of "intensive negotiations" on the outstanding issues have been held with the other sides to make sure they take into account Tehran's considerations and concerns, the Iranian diplomat told IRNA on Monday on condition of anonymity.

The Iranian official added that European Union Deputy foreign policy Chief Enrique Mora on Monday proposed some ideas on the remaining issues to relevant parties based on the latest discussions, and Iran has "conveyed our initial response and considerations as soon as we received the ideas, but the ideas naturally require comprehensive studies". 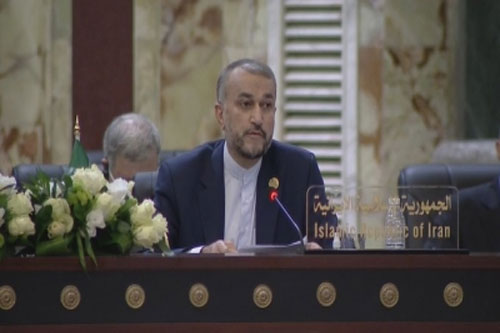 The official said that Tehran will express its final views and considerations to the EU foreign policy Chief Josep Borrell and the other sides, Xinhua news agency reported.

The "main principle" of the Iranian negotiating team is safeguarding Iran's national rights and interests, the official noted, adding the team also strives to have the other sides guaranteed fulfillment of their obligations under the nuclear deal and prevent the recurrence of illegal US actions.

According to a report by the Iranian Students' News Agency (ISNA), as the latest round of the talks in Vienna on the revival of a 2015 nuclear deal came to an end, the Iranian team is expected to return to Tehran in the coming hours.

Iran's consultations and contacts with the European Union and the other sides will continue, the ISNA added.

Iran signed the nuclear deal, formally known as the Joint Comprehensive Plan of Action (JCPOA), with world powers in July 2015, agreeing to curb its nuclear programme in return for the removal of sanctions on the country. However, former US President Donald Trump pulled Washington out of the agreement and reimposed unilateral sanctions on Tehran, prompting the latter to drop some of its commitments under the pact.

The talks on reviving the JCPOA began in April 2021 in Vienna but were suspended in March this year because of political differences between Tehran and Washington.

The latest round of talks has begun on Thursday following a five-month hiatus.