Baghdad, Aug 11 (IANS): Iraqi powerful Shia cleric Moqtada al-Sadr has urged the country's judiciary to dissolve the parliament by the end of next week, due to the expiry of the constitutional deadlines for the formation of a new government.

The parliament does not need to convene to dissolve itself, because some parliamentary blocs adhere to the quota system, continue to engage in corruption, and refuse to bow to the people's demand to dissolve parliament, Al-Sadr tweeted on Wednesday.

He said that he still has faith in the Iraqi judiciary to dissolve the parliament, adding he is "confident that many judges are with the people and reform". 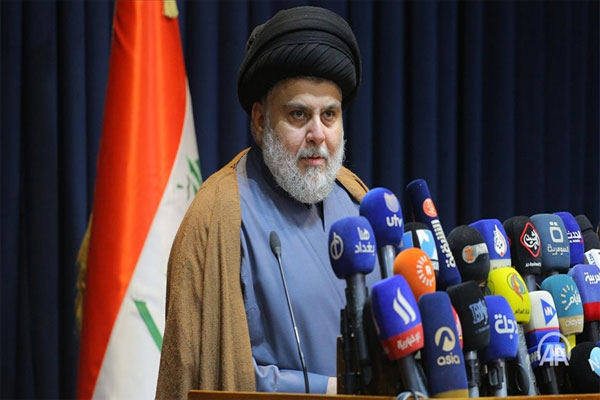 He also called on the Iraqi President to set a date for early elections, Xinhua news agency reported.

The sit-in demonstrations would continue, Al-Sadr confirmed, adding "the revolutionaries (protesters) will have another stance if they (political blocs) disappoint the people again."

On August 3, Al-Sadr called for dissolving the parliament and holding early elections, urging his followers to continue their open sit-in to reform the political process in the country.

Hundreds of Al-Sadr followers began on July 30 a sit-in until further notice in part of the parliament building inside the Green Zone in Baghdad, accusing the governments of failing to run the state due to corruption and poor governance since 2003.

Al-Sadr's opponents in the Coordination Framework (CF), an umbrella group of Shia parliamentary parties, became the largest alliance in the Iraqi parliament after Al-Sadr ordered his followers in the Sadrist Movement to withdraw from the parliament after they became the biggest winners in the elections held on October 10, 2021, with 73 seats.

During the past months, the continued dispute among the Shia parties have hampered the formation of a new Iraqi government, making it unable to elect a new President by a two-thirds majority of the 329-seat parliament under the constitution.

If elected, the President will appoint the Prime Minister nominated by the largest alliance in the parliament, now the CF, to form a new government that would rule the country for the coming four years.