Goa CM hits back at AAP, says their advice not needed to run schools

Panaji, Aug 11 (IANS): In an apparent jibe at the Aam Aadmi Party (AAP), Goa Chief Minister Pramod Sawant on Thursday said that he does not want advice from political parties about how to run the government primary schools, instead they should check the condition of schools in their own states.

Sawant was reacting to a proposal of AAP Goa unit, which had offered to adopt government primary schools, that the government was trying to merge with other schools on account of less strength of students. The AAP had said that they will use the Delhi model to boost enrolment and improve results in Goa. 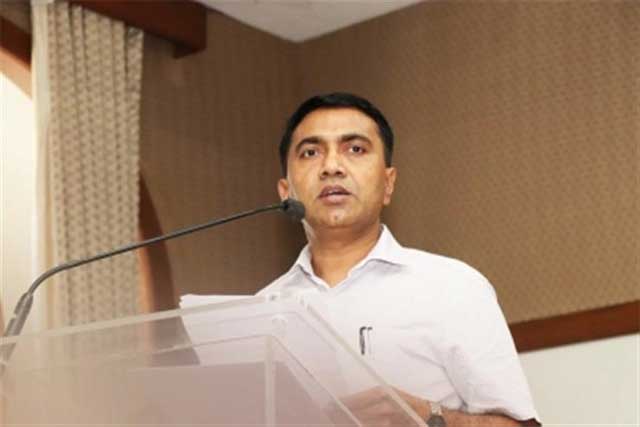 "Government is capable of running schools in Goa. For the last 60 years the government has been running primary schools. BJP govt since 2012 to 2022 have improved infrastructure of schools. We don't need advice from anyone," Sawant said.

"No political party needs to take responsibility for running schools. The government is capable. We are concerned about students' education. We have no concern of building. We have concerns about giving quality education to the students. Hence, a merging decision came to the fore," he said.

"New Education policy, quality of education, standard of education, considering all these factors we have started a survey, we are not closing down schools. We want to merge it and give them good infrastructure along with teachers. We don't want guidance from anyone and their advice," Sawant said.

"Political parties should not show that they want to do something great, they should go in their state and see the condition of their schools. Simply taking publicity by submitting memorandum and getting news published in Delhi to show they are doing something great... we are capable of running schools," he said.

He said that the merging proposal is at a 'planning stage'. "We will take all stakeholders in confidence, including teachers and parents. Simply don't create panic in their minds. I have concerns as education minister," Sawant said.

Title: Goa CM hits back at AAP, says their advice not needed to run schools