He devoted his entire life for the freedom of the country. He is being remembered only during our independence day and his birth anniversary. There are allegations that no permanent projects are started by the district administration under his name. His fans wanted to name at least one circle under his name. 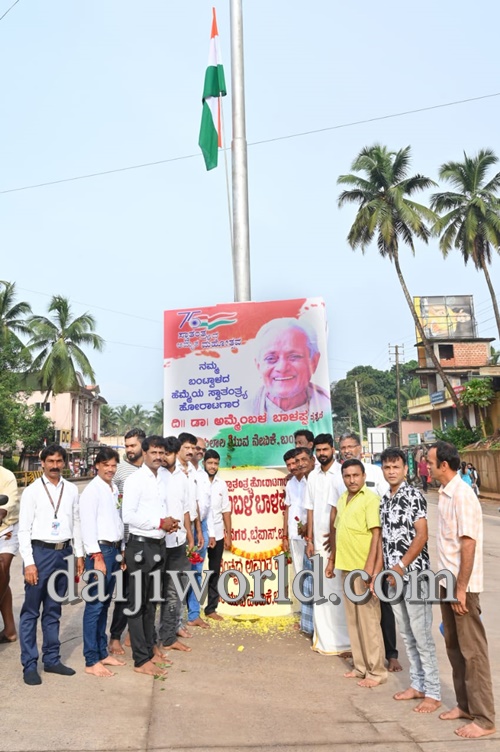 Efforts were made in this connection through Kumbara Yuva Vedike. A beautiful circle has come up after the national highway was constructed at B C Road-Addahole. However, we had to wait a long time for it.