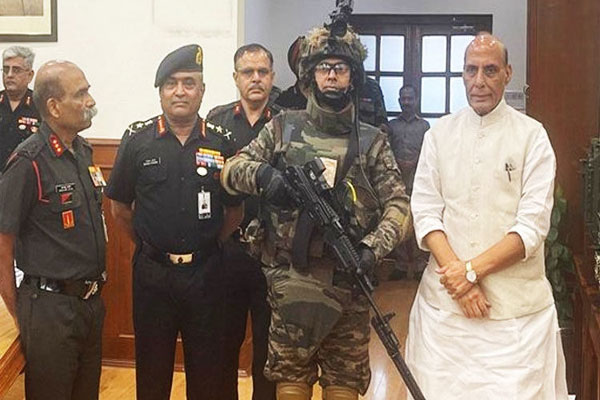 Rajnath Singh handed over the weapons to the Army amid increasing challenges at the country's borders. The weapons include AK-203 assault rifles and F-INSAS (Futuristic Infantry Soldier as a System) rifles as well as the new anti-personnel mine 'Nipun'. They have been developed by Nagpur-based private firm Economic Explosives Ltd (EEL) and other Indian defence manufacturing companies.

On this occasion, the Chief Engineer of the Indian Army, Lt Gen. Harpal Singh, on behalf of the Army Chief, assured the country that the Army is ready to deal with any possible security threat "whether it is the western desert (Pakistan) or the high altitude areas (China) in the Ladakh sector.