Mangaluru, Aug 17: A high alert has been announced in Mangaluru city commissionerate in the wake of social unrest and violent incidents in Shivamogga and Dakshina Kannada in the past.

The police have set up 35 checkposts across the city and security has been tightened as a result of the heightened tensions in Shivamogga. 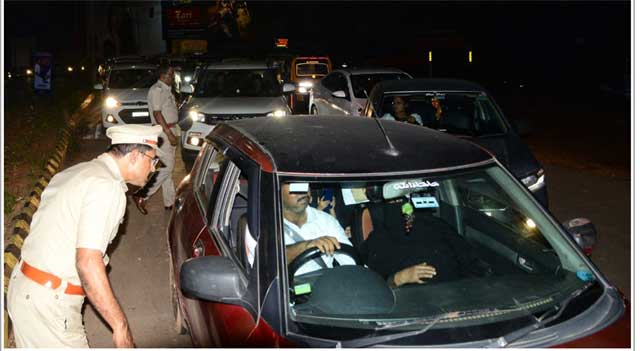 Two-wheelers and cars are being checked in the sensitive areas. Vehicles coming into the city from the border areas of Talapadi, Udupi and Suratkal are being checked as a precautionary measure in the run-up to the upcoming festivities of Sri Krishna Janmasthami and Vinayaka Chaturthi.

City police commissioner N Shashikumar has appealed to the citizens to cooperate with the police in maintaining law and order and during the checking of vehicles.