Baghdad, Aug 18 (IANS): Top Iraqi officials and political leaders have called on supporters of Shia cleric Moqtada al-Sadr to engage in a national dialogue in an effort to solve the country's political deadlock.

In a meeting attended by Iraqi President Barham Salih, Parliament Speaker Mohammed al-Halbousi, the Special Representative of the UNSecretary-General for Iraq Jeanine Hennis-Plasschaert, and leaders of national political forces, the participants "expressed their commitment to finding a solution to all crises through dialogue to preserve the unity of Iraq, the security, and stability of its people", reports Xinhua news agency. 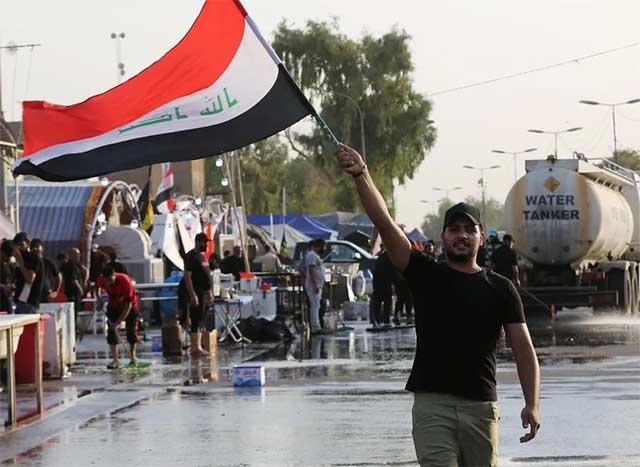 Participants of the meeting also called for an end to all forms of field, media or political escalation and urged al-Sadr's followers in the Sadrist Movement, who have staged sit-in protests, to engage in the national dialogue.

Al-Sadr and his followers were absent from Wednesday's meeting.

The leaders agreed to continue the dialogue in order to draw a legal and constitutional roadmap to address the current deadlock.

"Resorting once again to the polls through early elections is not an exceptional event in the history of democratic experiences when political crises reach dead ends," said a statement issued caretaker Prime Minister Mustafa al-Kadhimi's office in a reference to the possibility of dissolving the parliament to hold new elections demanded by al-Sadr.

Al-Kadhimi invited the rival political parties to hold a meeting to seek a solution to the political deadlock as disputes escalated in the past weeks between al-Sadr and his rivals from the Coordination Framework (CF), an umbrella group of Shia parliamentary parties.

On August 3, the cleric urged his followers to continue their sit-in protest until their demands to dissolve the parliament and hold early elections are met.

The CF became the largest alliance in Parliament after al-Sadr ordered his followers in the Sadrist Movement, the biggest winner of the elections held on October 10, 2021, with 73 seats, to withdraw.

During the past months, the continued disputes among the Shiite parties have hampered the formation of a new government, making it unable to elect a new president by a two-thirds majority of the 329-seat Parliament under the constitution.

If elected, the President will appoint the Prime Minister nominated by the largest alliance in Parliament, now the CF, to form a new government that would remain in power for the next four years.