Bengaluru, Sep 20 (IANS): In a shocking case, the Karnataka Police have cracked the murder mystery of a Chennai-based doctor in Bengaluru. The probe has revealed that the young doctor was killed by his fiance for allegedly releasing her and her mother's private videos on social media, police said on Tuesday.

The deceased has been identified as Dr Vikas, 27, and the accused have been identified as his fiance 25-year-old Pratibha, a resident of Mico Layout, her friend Susheel (25) and Gowtham (27). The police have launched a hunt for the other accused called Surya. 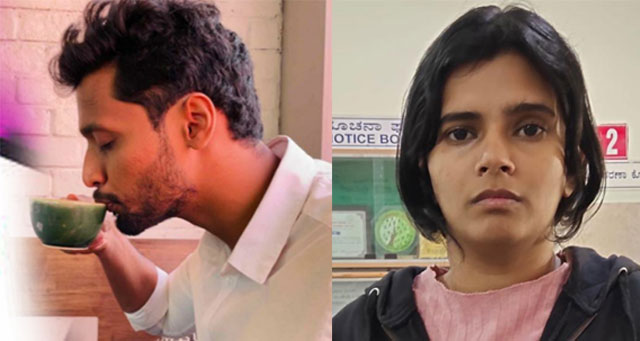 Vikas was fatally attacked on September 10 and he succumbed on September 18 at a private hospital. The incident took place in the limits of Begur police station of Bengaluru.

According to police, Dr Vikas and accused Pratibha hailed from Chennai. She worked as an architect. They got introduced to each other through social media two years ago.

They fell in love and announced it to their families. After getting the consent, they fixed their marriage for next year in November. Dr Vikas had completed his medicine course in Ukraine and practiced in Chennai.

He had come to Bengaluru for coaching regarding pursuing his course further for six months, and they started living together. During this time, Dr Vikas made private videos of his fiance Pratibha. He had recorded her mother's videos also, police said.

Later, he had opened a fake account on social media and published the private videos, which had gone viral. Police said that both Vikas and Pratibha's families fought over the issue.

Pratibha was hurt with the development and shared it with her other accused friends. Susheel invited Dr Vikas to his home on September 10 and when he came, the accused assaulted him with a mop stick and other weapons, police said. Further investigation was on.