Environmentalist ends life over 'corruption' in PDS in Davanagere

Davanagere, Sep 20 (IANS): A 68-year-old environmentalist allegedly ended his life over "corruption" in Public Distribution Shops (PDS) in the district on Tuesday.

Felicitated by the state government with Rajyotsava Award, Veerachari had pledged that if justice is not delivered on the said issue, he will end his life by hanging himself. 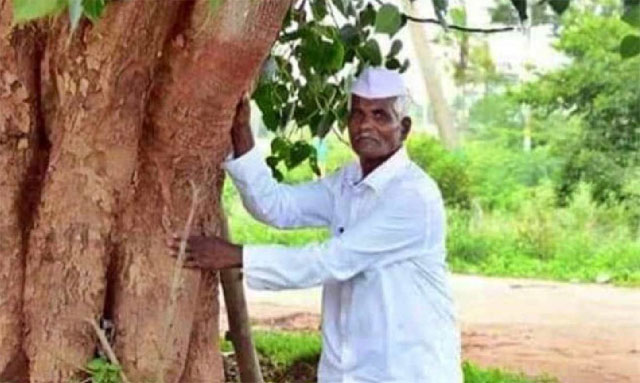 Agitated over the incident, nature lovers and local residents staged a protest and blocked the road. They demanded that the district commissioner should come to the spot and conduct a probe.

Harihara Rural police have rushed to the spot and are controlling the situation.

According to local residents, Veerachari has hung to the very tree which he planted and nursed over decades.

Earlier, Veerachari had claimed that food items in PDS shops were not being distributed to marginalised sections of society.

He had been protesting against the local ration shops since a long time and said that he would end his life if justice is not delivered. An audio about it has also gone viral.

He used to grace all programmes in the regions with four tree saplings and create awareness about increasing green cover.

He had planted and grown thousands of trees for four decades.

Veerachari hailed from Middlakatte village. He used to run a goods auto for livelihood and in that vehicle, he carried tree saplings.

He used to plant and distribute saplings wherever he went.

Title: Environmentalist ends life over 'corruption' in PDS in Davanagere