Kundapur, Sep 21: The forest department officials and the Reef Watch Marine Conservation Organization officers have inspected the carcass of the whale spotted at Trasi sea shore on Wednesday morning. They have said after the post-mortem the mammal belongs to the rare Pilot whale category.

As the whale was decomposed, the local Bacha boys team had buried it in the sand. 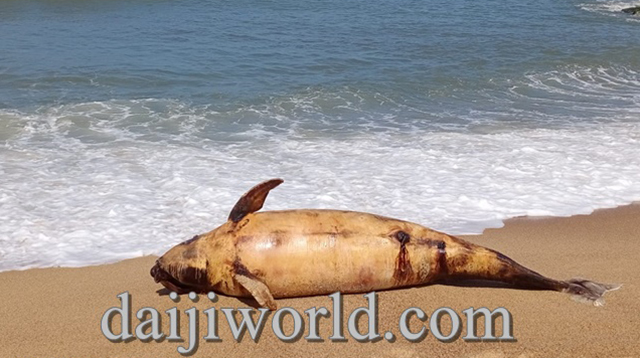 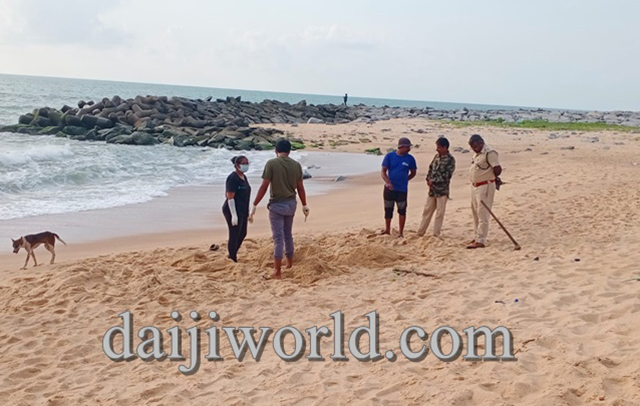 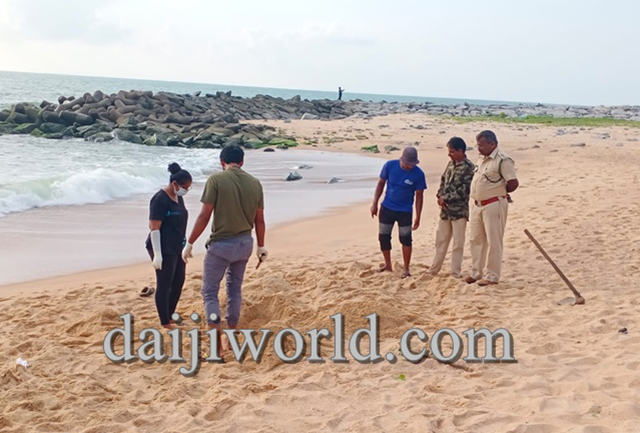 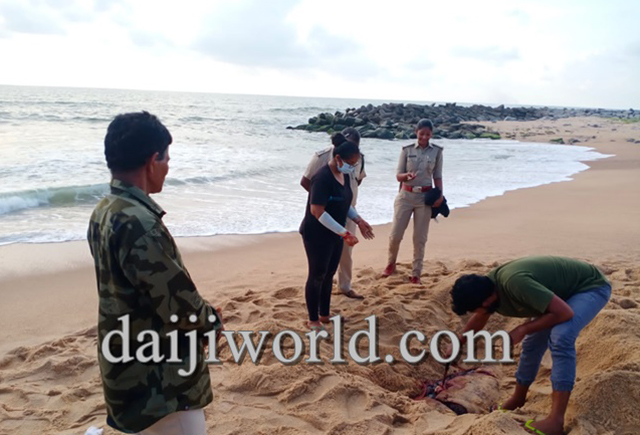 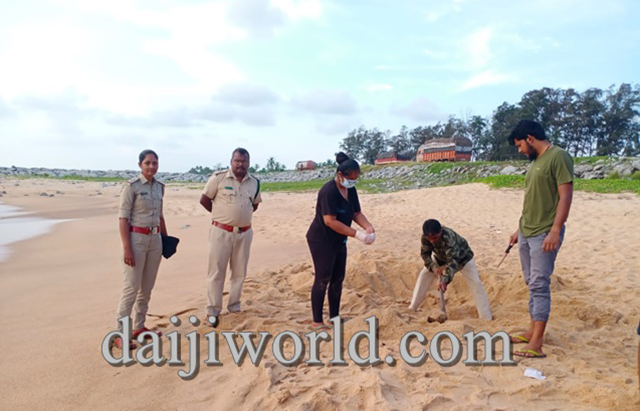 The officials who conducted the post-mortem concluded that the whale died of dry environment as there was no air in its lungs.

Tejaswini, of RMC asked the people to inform them if the fish or sea animals face problems or die. Another officer Viril Stephan asked to make sure that waste products or trash do not enter the sea. Forest officer Deepip Kumar said protecting rare species is everyone's duty. Forest department staff and local youth cooperated.

Though foul smell is emitting from the decomposed fish, the department of tourism nor the department of fisheries seems to be bothered. Visitors on the national highway and the tourists to the beach have expressed rage over official apathy. 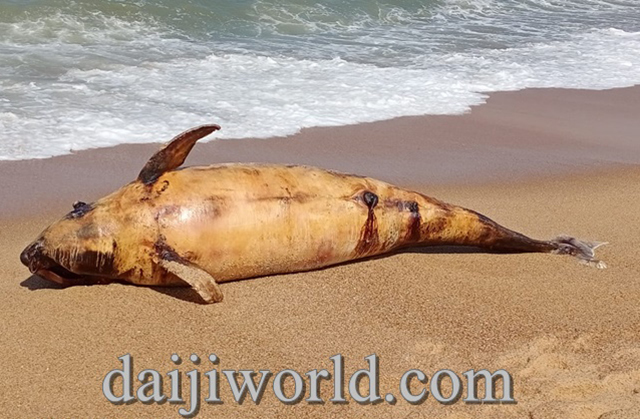 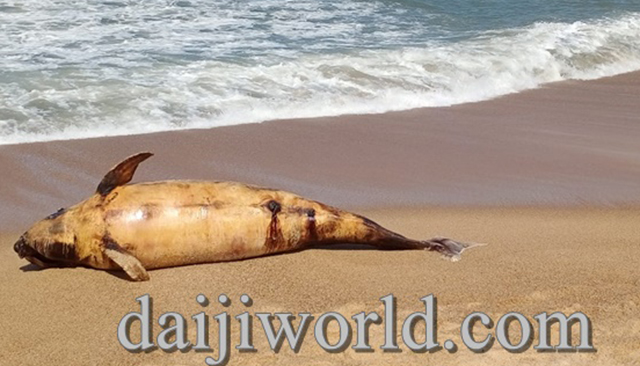 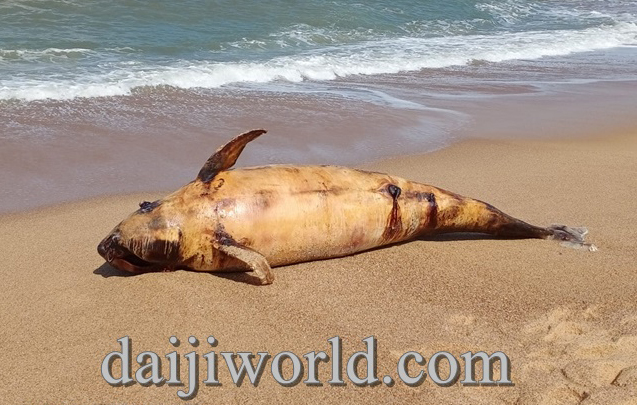 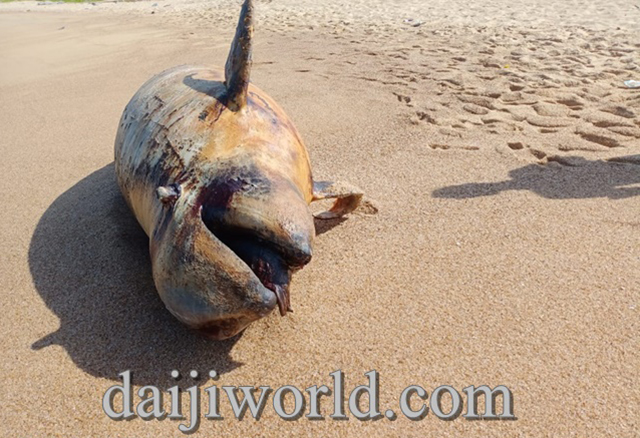 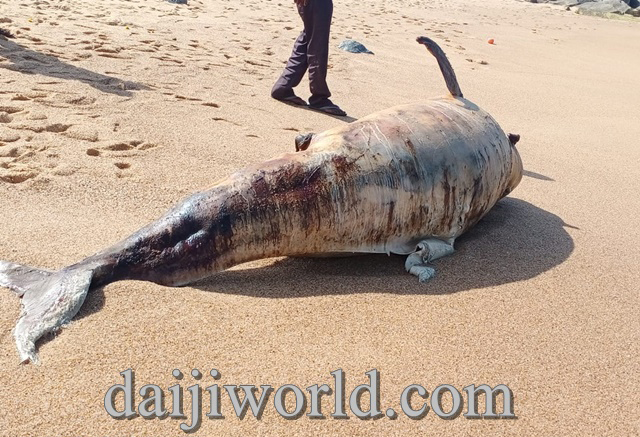 The whale weighing 500 kg got washed to the sea shore of Trasi-Maravanthe on Tuesday late night. On Wednesday, foul smell was emitting from the fish. There is a garden which belongs to Tourism department nearby.

Several tourists are arriving to the beach. Travellers on the national highway are unhappy as the department concerned has failed to dispose the decomposed whale.

There is a demand from the public that the concerned department should come forward to clear the decomposed whale.