The raids were conducted under the guidance of scientist Sandeep G U after receiving complaints regarding illegal sand mining at Trasi, Movadi and Maravanthe from Sauparnikaa river. One lorry was confiscated from Anegodu, Trasi. Two lorries were seized from near Arama temple, Trasi. The sand miners fled the spot. It was found that some private persons had allowed passage of these lorries through their lands. The geologist has said that suitable action will be taken against the guilty. 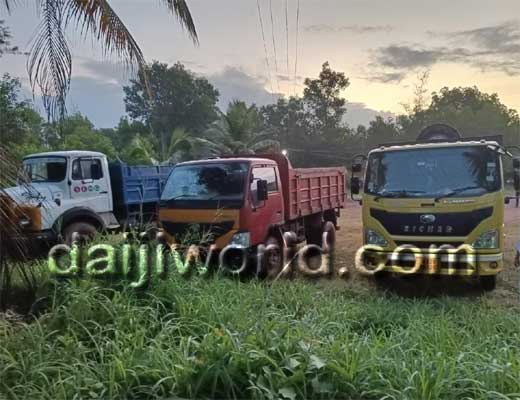 The confiscated lorries are parked at Gangolli police station premises for further action.