The chief guest for the day was Tauseef Ahmed (animal escuer, TEDx Speaker and writer) and the guests of honour for the day were Dr Anil Kumar (registrar, Srinivas University) and professor Devaseelan S (Dean, Institute of Allied Health Sciences). 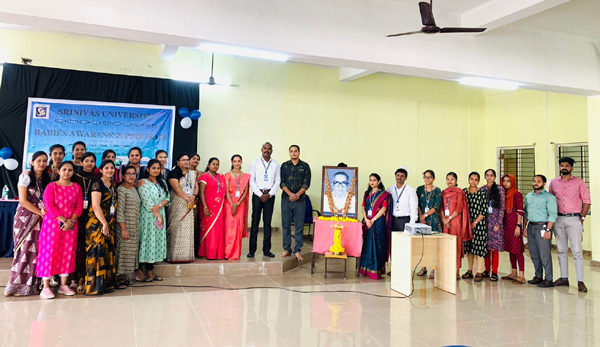 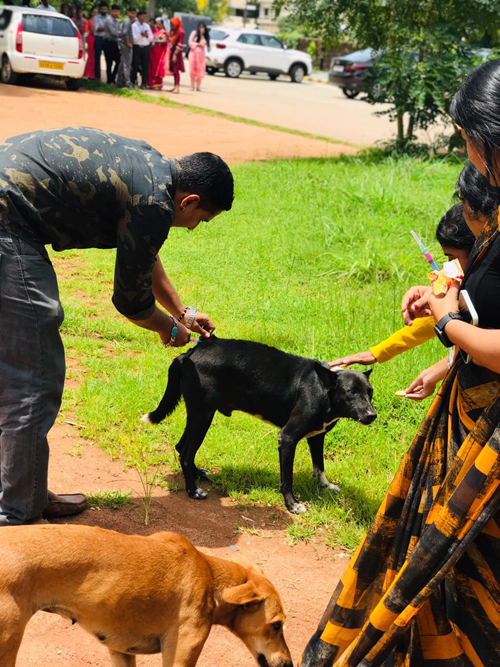 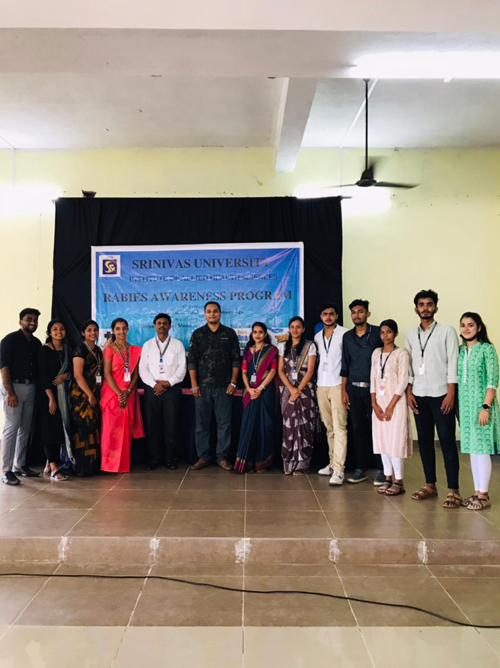 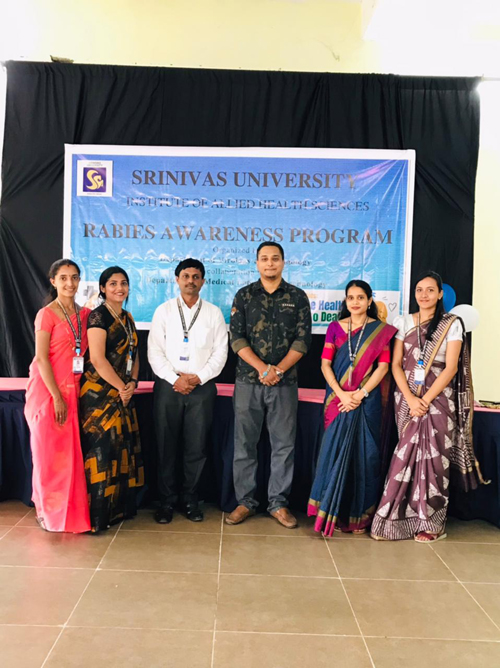 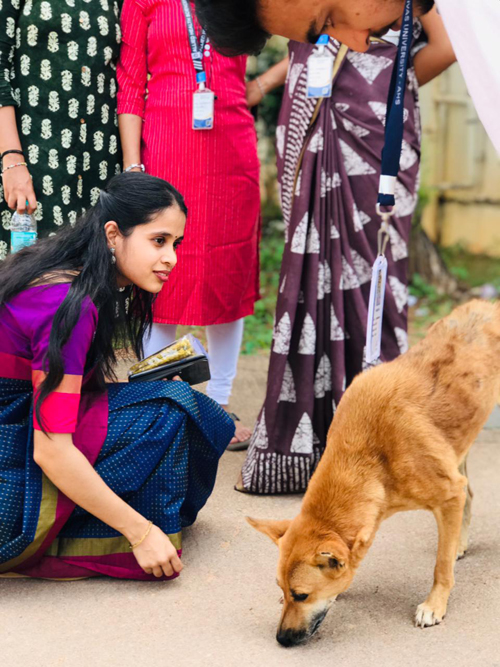 The programme started with a prayer song sung by the students. The inauguration was done by lighting the traditional lamp by the guest and the dignitaries. The welcome address was given by Anagha (Student, department of MLT).

The significance of the Rabies Awareness programme was presented by Rithika, II BSc Medical Laboratory Technology.

Tauseef Ahmed, the chief guest, gave a talk on the topic, 'Prevention of Rabies through Education and Vaccination' and stressed on the importance of vaccinating the dogs to prevent the rabies virus from spreading in the animal and the human population.

Right after the meaningful address by the chief guest, snacks and juice were served. Vote of thanks was given by Denwin D'Souza (student, department of MLT).
As a part of the awareness programme, 10 dogs in and around the campus were injected with the anti-rabies vaccine by Tauseef Ahmed.