Mumbai, Sep 25 (IANS): At a time when the entire nation's attention is fixed on the Kuno National Park in Madhya Pradesh, where eight cheetahs from Namibia were released on September 17, 70 years after they went extinct in the country, latest data show a worrying surge in the number of human casualties due to animal attacks in neighbouring Maharashtra.

Citing the latest data, Maharashtra Forest Minister Sudhir Mugantiwar recently revealed that in 2019-20 at least 47 people lost their lives in wild animal attacks, 80 were killed in 2020-21, and 86 persons died in 2021-22, showing an upward trajectory. 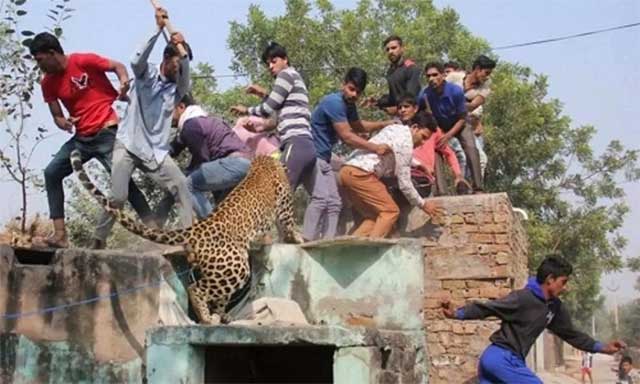 Speaking on the incidents of man-animal conflict in the state, Maharashtra's Principal Chief Conservator of Forests, Sunil Limaye, said that "it is not so good but not so bad either", even though he did sound a cautionary note on how it is more for humans to be understanding rather than for animals.

"Humans continually enter or encroach on wildlife territories despite specific 'dos and donts' to the effect, especially in the regions adjoining sanctuaries/reserves. Humans are grabbing more and more space from wildlife, and don't allow wild animals to use their corridors or even chase them off when they are seen, resulting in conflicts," Limaye said.

He said the government has deployed Primary Response Teams to warn people from straying into forests especially when wildlife movements, particularly the big cats are noticed after dusk, and even Rapid Rescue Teams in case of such tragedies as "the objective is to save both humans and animals".

"People here face maximum attacks from tigers, sloth bears, leopards, wild boars and gaurs, largely due to humans entering their domain or the animals straying out of their territories for food," Rithe explained.

Rithe said in the past few years, the state is concerned over the growing elephant menace stomping here from neighbouring Karnataka and Odisha states, causing widespread havoc on fertile agriculture land and crops.

"Elephants are now virtually 'residents' in the coastal Konkan and 'migratory' in parts of Vidarbha forests, spending three-four months a year, with the duration increasing gradually, adding to complications for humans and other wild creatures," added a worried Rithe, founder of the Satpuda Foundation.

Both Limaye and Rithe called for an all-round strategy to reduce man-creature skirmishes on a long-term basis, with the humans first understanding and responding to the needs of the animals to avoid conflicts.

Hoping to give more 'breathing space' and 'elbow room' to the big and small wild animals, Maharashtra has so far declared 52 wildlife sanctuaries/reserves across the state, and proposes to add seven more soon.

This has taken the physical area of protected regions up to 13,000 sq. km to secure the flora and fauna, especially in the territories adjacent to national parks/sanctuaries/reserves or the critical 'jungle corridors' linking them, said Mungantiwar.

Additionally, in a welcome step last month, the state government decided to hike the compensation amount given to victims of injuries or fatalities in wildlife attacks, humans as well as their cattle or farm animals and fowl which are a source of livelihood.