HDK asks govt to place all documents on PFI before people

Bengaluru, Sep. 28: JD(S) Legislature Party leader H D Kumaraswamy has asked the government to place all documents on the alleged anti-national activities of the Popular Front of India (PFI) before the people.

Speaking to media persons in Ramanagara on Wednesday, September 28, he said stern action must be taken against all organisations indulging anti-national activities. 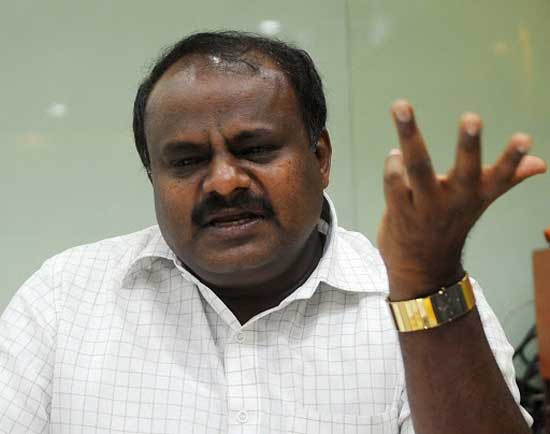 It is the duty of the Union Government and the National Investigation Agency to place the details of the anti-national activities conducted by all organisations, he said.

The former Chief Minister said one cannot take it easy after the decision to ban the PFI and the Centre must take all sections of society into confidence. Mere banning of one organisation will not help in establishing peace, he said.

Kumaraswamy condemned the arrogant attitude of the State Government on the BMS Educational Trust despite placing all documents pertaining to the alleged irregularities on the floor of the Assembly.

While Higher Education Minister Dr C N Ashwath Narayan, who was allegedly responsible for the irregularities had defended the government’s action, the JD(S) leader said neither Chief Minister Basavaraj Bommai nor any of the ministers had the courage to speak on the issue. The Bommai government has lost all its credibility and has no moral authority to speak on corruption, he said.

The former chief minister said he will fight over the issue till its logical end and will take necessary legal steps. Will Prime Minister Narendra Modi take action on the issue when all the documentary evidence is placed on the floor of the House, he asked.

Kumaraswamy also attacked Rahul Gandhi’s Bharat Jodo Yatra when the party itself is disintegrating. What is purpose of this yatra, he questioned.

Chief Minister Basavaraj Bommai, Higher Education Minister Dr Ashwathnarayan and Industries Minister Murugesh Nirani have welcomed the Centre’s decision on banning PFI and its eight affiliation outfits and said there was no place for anti-national organisations in the country. The ban was long overdue, Dr Narayan said.

Title: HDK asks govt to place all documents on PFI before people