Bengaluru, Oct 1 (IANS): The India Meteorological Department (IMD) has predicted heavy rain in 12 districts of Karnataka for the next two days.

On Saturday morning, residents of Bengaluru woke up to a cloudy weather and the forecast has already created panic among people in the wake of the recent floods.

The incessant downpours have has thrown life out of gear in the city's Mahadevapura and Bommanahalli areas which house major IT and BT companies and shelter a major chunk of techies from all across the country. 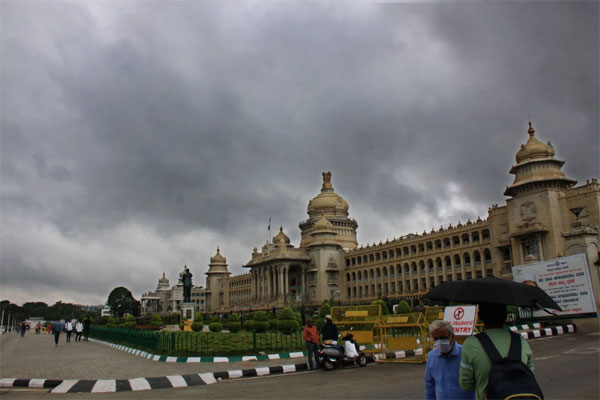 A yellow alert has been issued for Bagalkot, Belagavi, Kalaburagi, Raichur, Vijayapura districts in north Karnataka.

Chitradurga and Davangere districts of central Karnataka were also under the yellow alert.